In today’s world, it is rare to find teenagers who fit this description from the Gospel of Luke, but we are blessed in this Remnant Fellowship Church to have a Youth Group full of humble young men and young ladies. These Saints are learning from their earliest days how to put GOD first in everything…and as a result, He lifts them up and recognizes them in so many wonderful ways! Today’s article features Alec Leaman, a young man from one of our largest extended families in the Remnant, the Sims family. 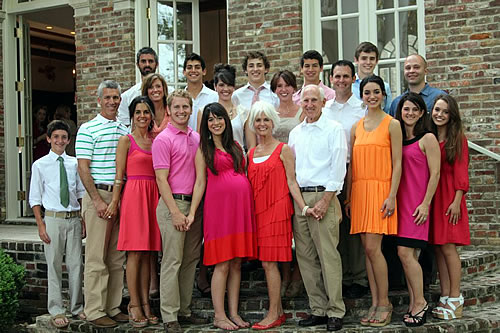 From the moment that the Sims family joined this Church, they have exhibited humility and servanthood in countless ways. They have been beautiful examples of how to raise children, grandchildren, and now even great-grandchildren inside of GOD’S generous boundaries. Alec is one example of how everyone in this Church is learning to train up a child in the way he should go…and when he is old he will not depart from it. (See Proverbs 22:6). 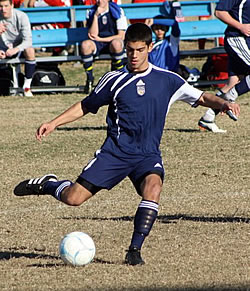 Alec’s recently completed high school career at Brentwood High School (here in Brentwood, Tennessee) saw him receive several honors that exemplified the way that GOD lifts up those who make Him their everything! Coaches, teachers, and fellow students all have listed Alec as one of their favorite people during his High School years. There was no secret to this honor…it simply resulted from Alec and his family living out this message of GOD FIRST. They wholeheartedly support and are putting into practice what Gwen Shamblin has taught through Weigh Down Ministries and the Remnant Fellowship Church for many years.

Alec’s peers voted him the “Most Attractive” male student during his senior year, and we know that this is an award that encompasses both the outside AND the inside. He has been respected highly by all who know him. Athletically speaking, Alec is very gifted at soccer. As he completed his senior year, he accomplished the following achievements for the glory of GOD during his high school career:

Alec’s coach offered a heartfelt summary of the impact that Alec has had on those around him at the team’s recent awards banquet, as he shared the following:

“Alec is such a good guy. He always was a source of light. He makes others want to be a better person. His work ethic is incredible…and he is a hard worker off the field as well. He has such a calming influence on the team. He’s the kind of player who you (as a coach) could tell to do anything and he would do it. He’s the kind of player you love to coach. He’s the kind of guy you would want your daughter to wind up with. He’s just a fantastic kid. He’s a great influence for all the kids to be around.” 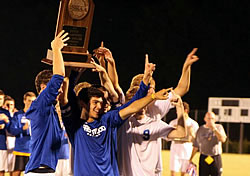 The coach also shared that he would love for his own daughter to find someone like Alec when she grew up. Those are humbling sentiments…all attributed to what Alec is being taught at this Church and as it is backed up in his home. These words were spoken in a secular setting…surrounded by people of all different faiths and upbringings, yet the Godly traits Alec has learned here clearly show through!

And Alec’s parents, David and Anique Leaman, sum up where the credit goes for any honor at all:

“We were so surprised and humbled by that recognition. All praise goes to GOD. We told Alec that night that there was no other award or position that we or GOD could have been happier with. No district position, state position, MVP award, etc. could compare to the eternal qualities that were shared that night. Any other awards he received were just icing on the cake. We were proud that our son had lived out what he has been taught…even when we weren’t looking, when only GOD’S eyes were there to see. There is no ‘lifting up’ that is deserved for this, only praise back to our great GOD who expects us all to live out His desires daily…when ‘seen’ and ‘unseen.’

Praise GOD for this clear teaching…which has touched millions of people worldwide…and praise GOD that this Ministry and Church continues to pour it out in abundance! When the fruit of it produces children like this, who shine in all circumstances, we ALL have great hope for future generations…to keep building GOD’S Church and to further His Kingdom work…on Earth as it is being done in Heaven!