Remnant Fellowship PURIM – A Celebration of Purity and Devotion to GOD 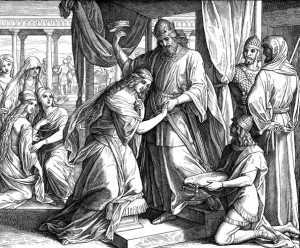 “…So the king went on a search for a new wife, and the most beautiful women in the world were invited or ushered into his kingdom.  The most beautiful women in the world were invited in or ushered in, and they had two years of beauty treatments, and out of all the most beautiful women in the world, Esther, an orphaned Jewish girl, was chosen.  However, her uncle Mordecai, who raised her, warned her once she was chosen to be his queen, not to let the king know that she was of Hebrew origin.  Now, Esther is raised humbly under the exile and is fully under the authority of her uncle.  I am sure it was difficult times, and by the world’s standards, she was old enough to break away and make her own decisions.  But look at the contrast.  Queen Vashti despised authority and yet lost her position; yet Esther, living humbly, lived by every word of authority, and because of this she was raised to second in power next to this world-class King.

This parentless Esther is now Queen Esther, and she continues to do as Mordecai said and did not disclose her nationality.  One day Mordecai, who often sat at the city gates, overheard of a coup d’état, a rebellion.  They are whispering at the gate that they are going to murder King Xerxes and take over his throne, so Mordecai relays the story quickly to Queen Esther who in turn then respects her husband and this king and the authority above her so much that she lets him know and saves this king from this terrible tragedy.

It is not unusual for there to be evil men who are in high positions in any kingdom.  One such man was a man named Haman.  He had worked his way up to being second in command in Persia, in the Persian government.  Haman despised the Jews, and he despised Mordecai, because Mordecai could see right through him and therefore would not bow in his presence.  This enraged Haman…” 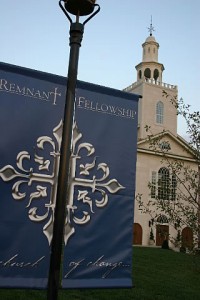 Introductory thoughts leading into this weekend’s PURIM Celebration…and there are MANY more where those came from!

This weekend marks the Remnant Fellowship’s observation of “PURIM.”  You will NOT want to miss our Sabbath Assembly and Webcast on Saturday, February 23rd…beginning at 9:00am Central Time.  Gwen Shamblin will walk us through the Book of Esther and relay…with great insight and wisdom and revelation…the lessons that we should gain from this powerful story and event in history.  GOD did indeed rescue the Hebrews from annihilation by an evil man (Haman),

but this story goes so much DEEPER than that and it provides so many more life lessons for us TODAY.  Gwen will share what it means to REALLY live your life selflessly…to REALLY be under authority…to REALLY put the one above you in a higher position and to be willing to lay down your own wants, desires, and your own life to see RIGHTEOUSNESS prevail.  This was the example of Esther before AND after she was made Queen…and it was the example of Mordecai throughout the recounting of his huge part in this historical event.  Both Esther and Mordecai saw their lives as ones that were “in service” to GOD and to the King over them.  This will be yet another opportunity to see the Word of GOD in a profound and enlightening way…and our worship to GOD in song also will reflect our humble gratitude towards Him in rescuing US from the clutches of our own sinful desires.  Through this Church, Ministry, and Teaching, we are walking FREE from greed, hate, self-promotion, pride, and so many more destructive strongholds and behaviors.  And a message like the one you will hear on the Sabbath is a big reason why!  Again, join us in Brentwood, Tennessee in our Church Sanctuary or online via Webcast at 9:00am Central Time for “PURIM.”  You’ll be glad that you did!