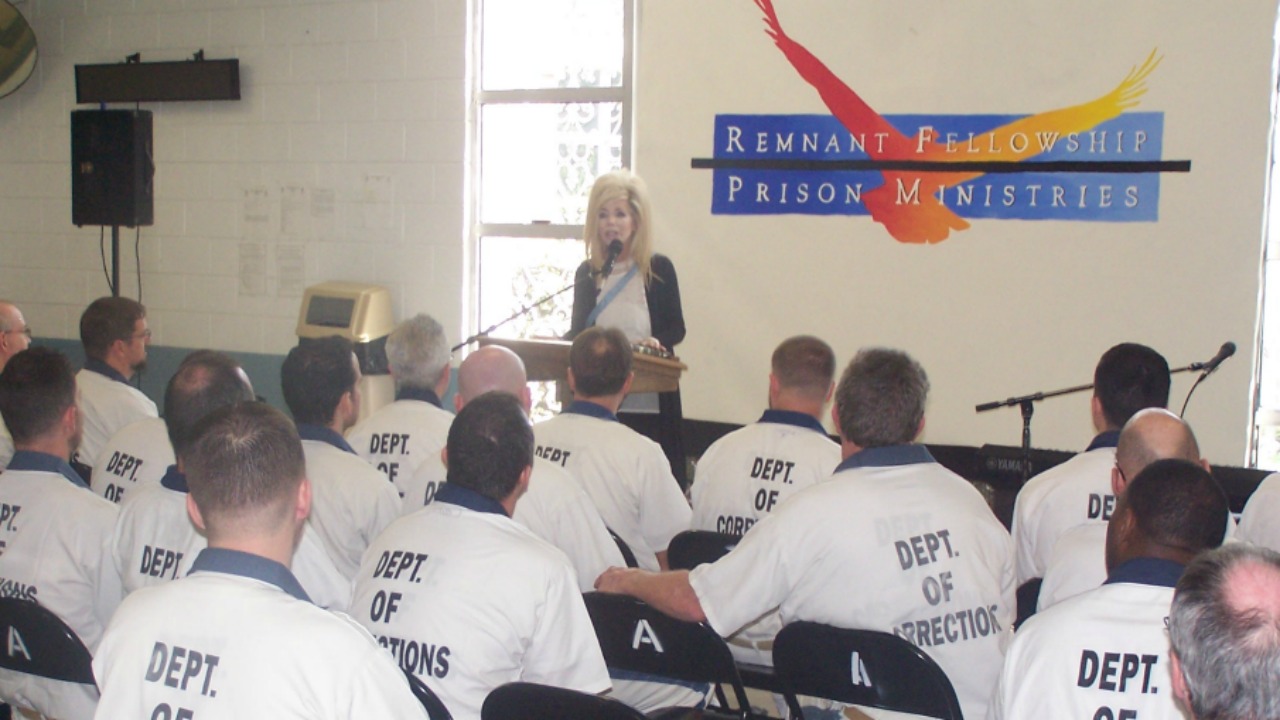 When Gwen Shamblin, takes to the road with a group of church members from Remnant Fellowship Church, it is truly amazing how much can be accomplished for GOD’S kingdom and how many lives can be touched and forever changed! Such was the case recently with a three day whirlwind tour that began with visits into two different prisons, and culminated with an awe inspiring Sabbath worship service in Atlanta, GA.

Gwen and Michael Shamblin, along with a team of staff and prison ministry members (24 in all) visited Walker and Augusta prisons. The reception from the warden, chaplains and staff in both facilities was truly over the top. Michael shared words of encouragement and beautiful worship music in both facilities; even including the members of the prison worship team at Augusta, who were thrilled to be a part of it. Gwen delivered a powerful, straightforward message of the truth that leads to salvation in each facility, and when asked for a show of hands from those who were resolved to go ALL IN for GOD, there were resounding Amens and an overwhelmingly positive response in both facilities. 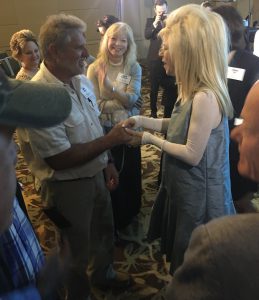 Both chaplains stayed to listen and both were moved to be personally involved. The chaplain at Augusta told the men there will be a Weigh Down Basics class beginning the first week in April and he personally is going to be the first to sign up and be a part of it as he wants to lose weight and have better health.

“I receive your encouragement letters every week and it always is perfect for what I am going through. I am so thankful and I just want you to know that your work is not in vain.” Explained John, an inmate at Walker Prison whose resolve to go all in was an encouragement even to those visiting.

Gwen also toured each facility including part of the hospital ward at Augusta Prison. It was truly inspiring to watch her bring comfort, encouragement and truth to those with cancer and other illnesses and those recovering from surgery. 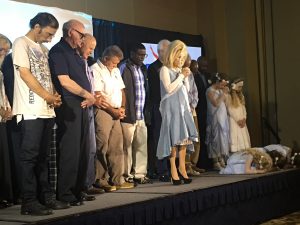 Eric a patient and inmate at Augusta, expressed, “Coming up here today to hear Gwen has just confirmed for me what I already believed from being in the class; I am in the right place and I need to be a part of this group.”

A very powerful moment came as she prayed over a 16 yr. old boy with cancer that has been just devouring the resources GOD has poured out through Gwen. Afterwards he asked Gwen if he could be a member of Remnant Fellowship. His face lit up and his smile went from ear to ear as she told him “absolutely yes!!!”

The men in both facilities each received a book and a CD and all wanted Gwen to sign them. I watched as man after man received not only a signature, but also a personal word of encouragement from Gwen.

The visits to both Walker and Augusta Prisons, enthused all the men involved to keep putting God first in their lives no matter the situation they were in, Mark, from Walker said “I just want to thank Gwen and the Remnant church for this ministry that has saved my SOUL!” another, William expressed, “I have never felt so much love, hope and encouragement in my life.” 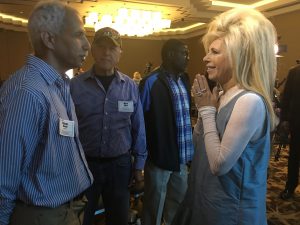 The final leg of the tour was a gathering in Atlanta, GA, which included 8 men that were a part of the Remnant Fellowship classes and services while in prison, and they are now released and living for God outside the prison walls. About 150 Saints from GA and the surrounding states came to be a part of this powerful gathering.

“When I called Bruce and Thomas about attending, they both were extremely excited to hear about Gwen in Atlanta and could hardly wait to come. Bruce said he was so excited he could not sleep. They were even more excited when taking them back afterwards.” Explained Vernon Eikenberry, a Remnant Fellowship member who moved his household from Nashville to Georgia to be more involved within the Prison Ministry in that location.

Friday evening began with the sharing of testimonies and a beautiful time of fellowship. Saturday Gwen delivered a powerful message and all 8 men shared beautiful testimonies of changed lives as a result of putting a beautiful message of love God first into practice. Each of the eight men who recently joined, shared how much love they felt from the letters of encouragement and Remnant services while in prison and how much love they have felt since being released.

Joseph explained, “Remnant Fellowship Prison team came into my life four years ago. I want to thank Gwen for the first four years of my life that actually makes sense! I lost my family while in prison and now I’ve gained a whole NEW family. No one’s concerned about what happened 20 years ago, but everybody now is concerned about what happens today.”

It is clear that God is doing a miraculous revival among these sometimes forgotten members of society.  However, Gwen’s heart is very much to help the men and women maintain and transfer their relationship with God outside of the prison walls.  Plans are in the works to establish halfway houses for the former inmates to assist them with living productive, godly lives upon release from prison.  Praise God for His mercy and leading, for there is clearly hope in all situations!