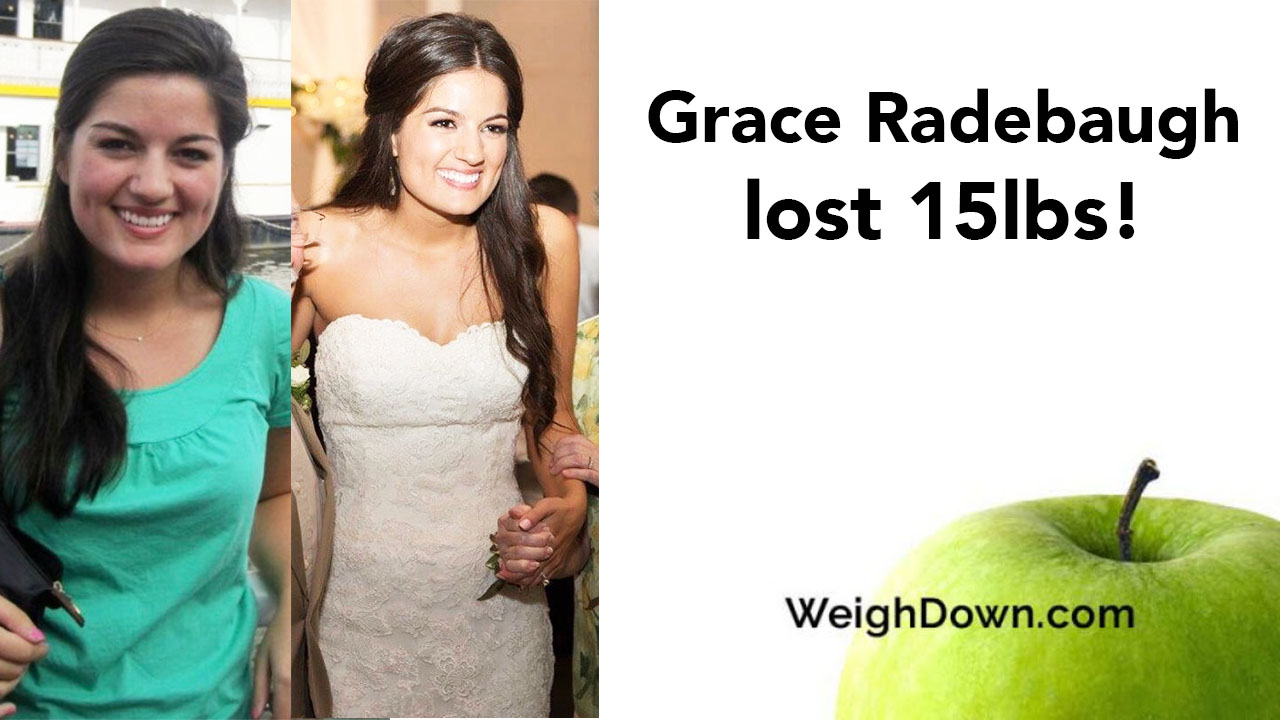 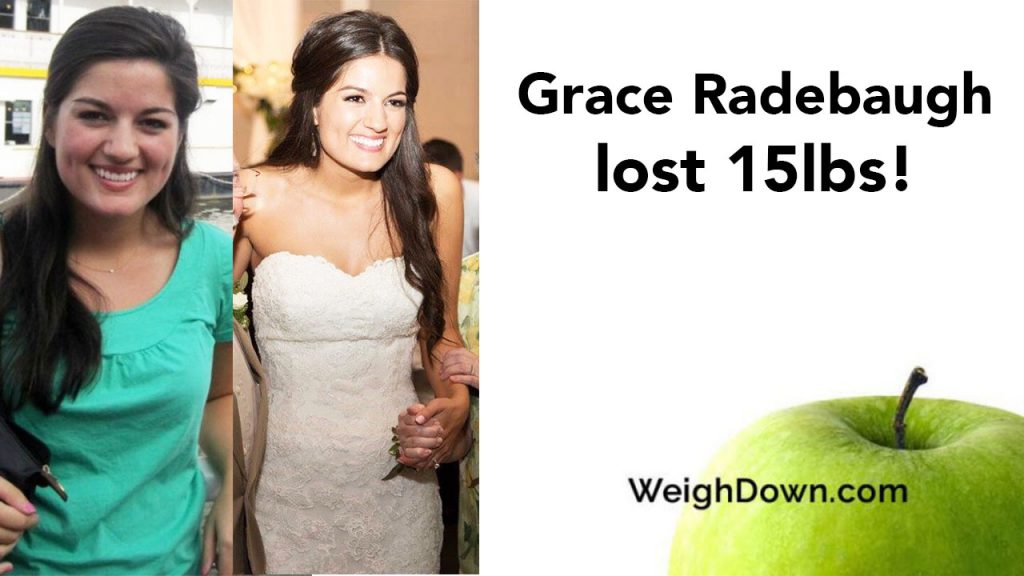 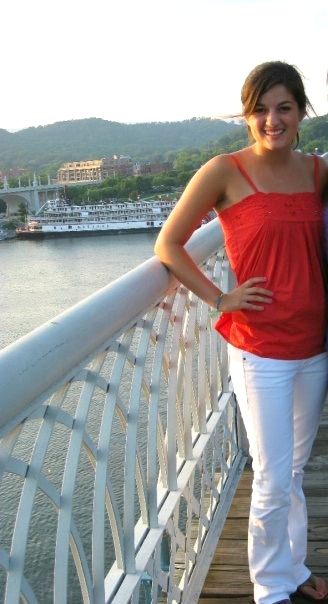 Newlywed Grace Radebaugh says, “Words cannot express how grateful I am to God for  leading me to Weigh Down Ministries and Remnant Fellowship Church. Without God and the messages that went straight to my heart, I know that I would not be living this amazing life that I am today.”

But life before finding this ministry was not easy for Grace starting as early as middle school in Germantown, Tennessee. “I was extremely body-focused and struggled with feeling like I was not thin. I watched family members and close friends go on ‘diets’, eat special foods and struggle to lose weight, so I followed suit.” Although, at that time, Grace was at her right weight, athletic and in good health, her extreme body focus allowed these feelings and thoughts to be overwhelming.

Looking for Answers to Overcome the Loneliness of an Eating Disorder 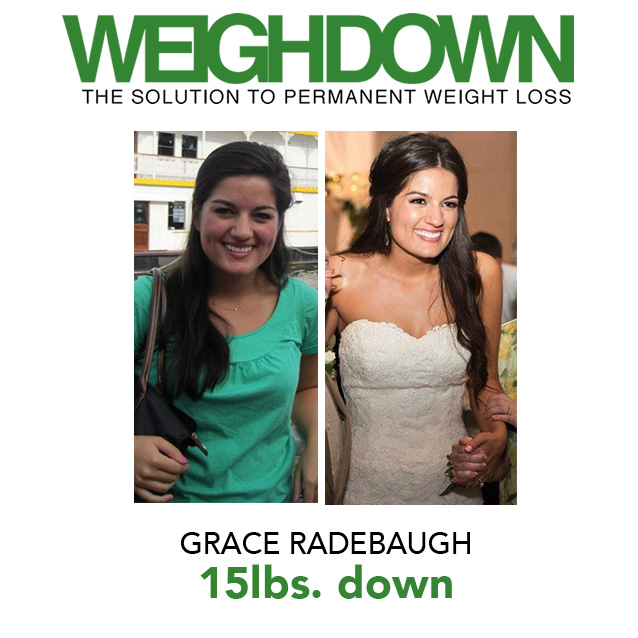 Like many young women, she says her body-focus problem made her want to be even more thin. She explains, “Near the end of high school I started taking measures to control my food intake. Then in college this control issue developed into bulimia.

“My own greed used to be the center of attention and the control made me gain weight, feel miserable and feel disconnected from the people closest to me. On the outside, I may have looked happy and put together, but on the inside I felt so empty and alone. The loneliness I felt during this time was the worst feeling of all. I felt that I had no one to turn to, no one with answers.”

No one would ever know this beautiful young woman with a gorgeous smile and adorable dimples had any problems. So Grace turned to reading Christian literature and Google for help, but everything she read said that she would have to live with her “eating disorder” the rest of her life. So as a 20-year-old, she felt trapped and hopeless. That was until she met a young man named Chris while on her swim team.

Changing from Self-Focused to God-Focused 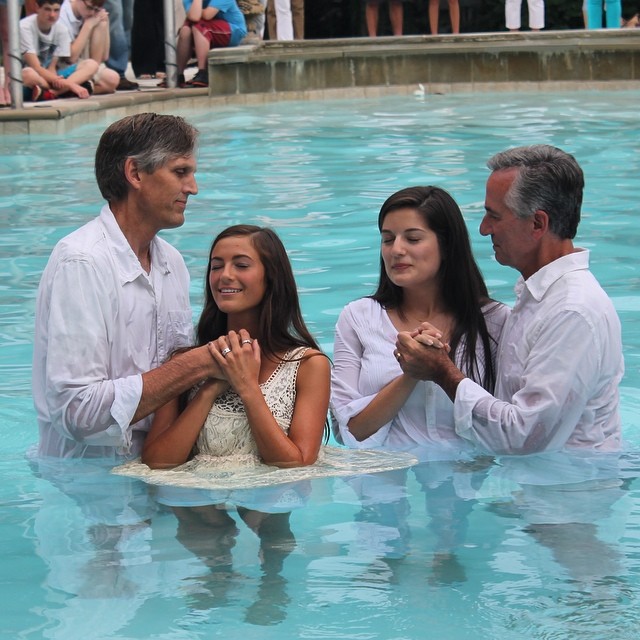 She and Chris became close friends, and he later introduced Grace to Weigh Down. She says, “Everything that I thought I knew about losing weight, and dieting, and even finding a relationship with God was completely flipped upside down! The control and body-focus, which I learned was self focus, that I was previously oblivious to was revealed, and almost overnight my entire life changed for the better.” Grace learned that focusing on her body was self-focus and that took away from her being God-focused.

She had attended church all of her life, went to Christian schools, but she had never had anyone point out the greed in her heart was blocking her from having a true relationship with God. She explains, “This truly was the key. I had to repent, change and seek God above all else; and this was exactly what I was hearing every time I listened to messages and read books written by Gwen Shamblin.”

The truth being poured out through Gwen, as she followed the voice of God, allowed Grace to see results instantly from putting these Biblical teachings into practice. She lost 15 pounds almost immediately, but the changes happening inside were even more exciting! For the first time in Grace’s life, she found peace and God’s favor in every area.

The Test of God Over Man 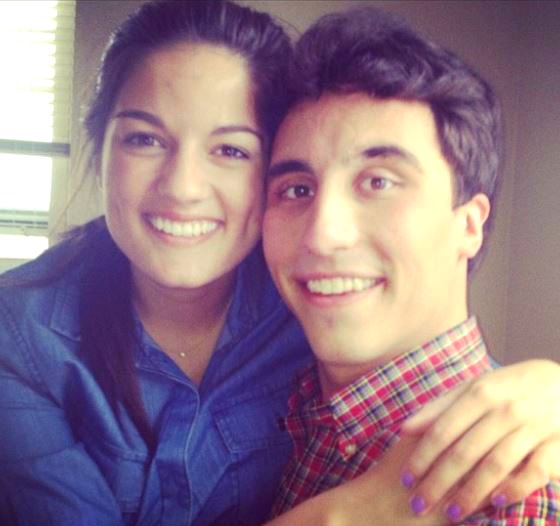 Soon she began to date the boyfriend who first introduced her to Weigh Down who was none other than Chris Radebaugh. His family were long-time members of Remnant Fellowship. But about year into their relationship, God allowed them to break up for a time. Grace explains, “I had definitely placed Chris above God at that point in time. I was much more concerned with what Chris thought than what God thought and, as a result, mine and Chris’s relationship became strained and I feel back into some old habits.

“Praise God for His lead through Chris to take a break because it was during that time, when I felt truly ‘alone’, that I was able to truly turn everything over to God and seek Him first. I praise God for that time where I was able to see what a truly sold out and wholehearted relationship with God felt like.

“The fruit was so real and I experienced so many blessings during that ‘break’ time. Just a couple of short years later Chris and I were engaged. I know now that it was because of that time that we had apart that I was able to recognize the difference between trying to make a person my God, versus allowing God to have His rightful place in my heart!”

The Making of a Royal Wife

Because of Grace putting God first she was shown incredible favor. “I was blessed academically, in all of my relationships, in my job, and financially. I had a better relationship with my parents, siblings, and friends. I was being taught how to involve God in every decision in my life and was seeing the blessings that come from obedience. I was  given the blessing of a husband, and Chris and I were privileged to be married in this incredible Church.” 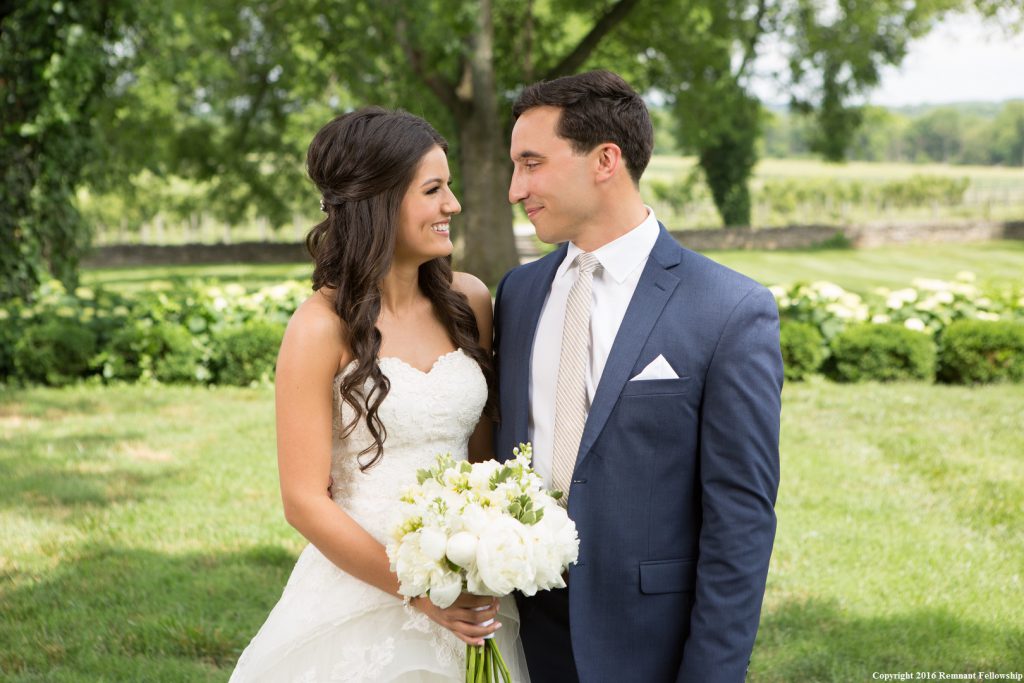 “Chris and I were able to enter our marriage without a fear of commitment or failure because of the incredible support system that we have along with the Godly examples that we get to look to in our church leaders and friends.” She has also gained a great relationship with her in-laws, John and Julie Radebaugh, and sister-in-law, Theresa. See Chris and Grace’s beautiful Remnant Wedding here.

The resources that have helped her the most include All Access, Weigh Down Radio and The Breakthrough Series. In addition, The Royal Wife and the You Are Not a Victim Series which talk about self-focus, self-pity and depression, both available on All Access. 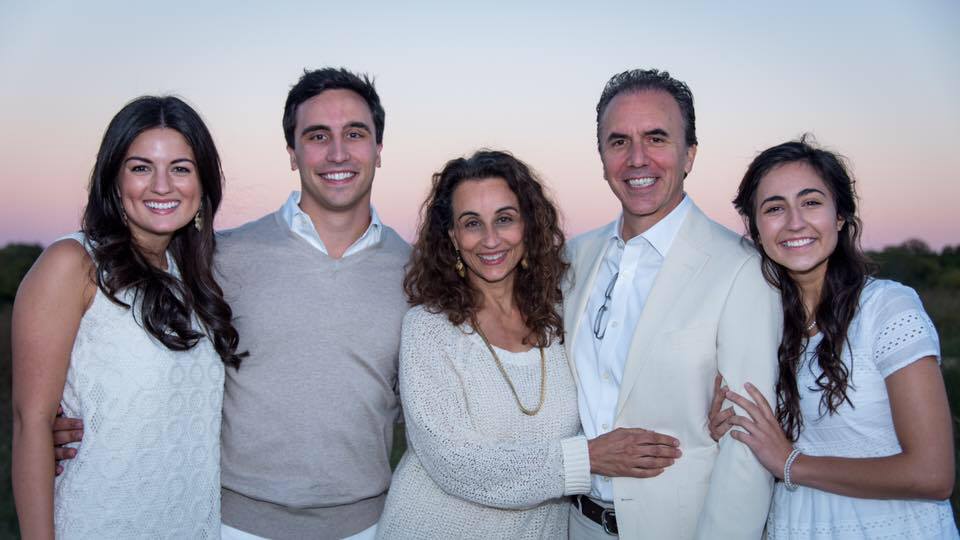 Bringing Righteousness to the Public Schools 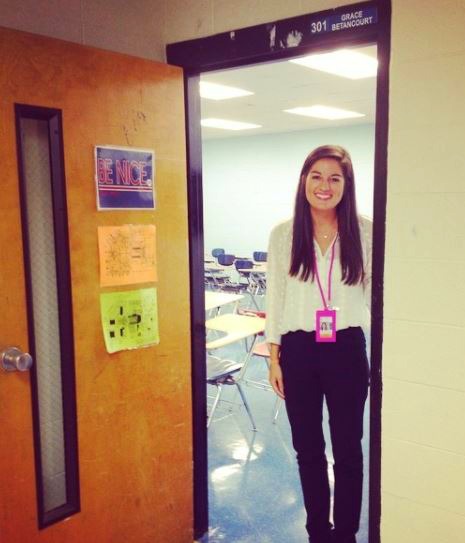 When Grace was in high school, her parents wanted her to have the experience of studying abroad. She spent her senior year in Ecuador, South America. That is where she developed a love for Spanish. Grace attended the University of Tennessee Knoxville and is now a highly esteemed school Spanish teacher at Brentwood High School.

She says, “My work as a high school teacher has been so blessed, and I know that it is due to God’s hand over my work as a result of wholeheartedly loving and obeying Him and His commands. My friendships are abundant and full because they are no longer centered around gossip, material things, and worldly relationships, but centered around God and His Kingdom and everything that is pure and lovely.”

Grace says each and every answer to every single problem that she had was resolved when she would lay down her own will and run after God’s will and His plan for her life.  “This new way of making decisions and living is better than anything that I could have dreamed up on my own and has made me a completely new creation. I can barely recognize the person that I used to be. Not only physically, but down to the core I have been transformed. I give all praise and credit to God alone for giving me the heart to hear the teachings that He poured out and continues to pour out through Gwen Shamblin. I thank God every day for establishing this incredible Church as a Kingdom of Love that leads each and every person to God and shows everyone how to live a life like that of Jesus Christ.”

Watch Grace and Nick Enns along with Gwen Shamblin and David Martin on the You Can Overcome Show about “Being a Light in the Public Schools“: