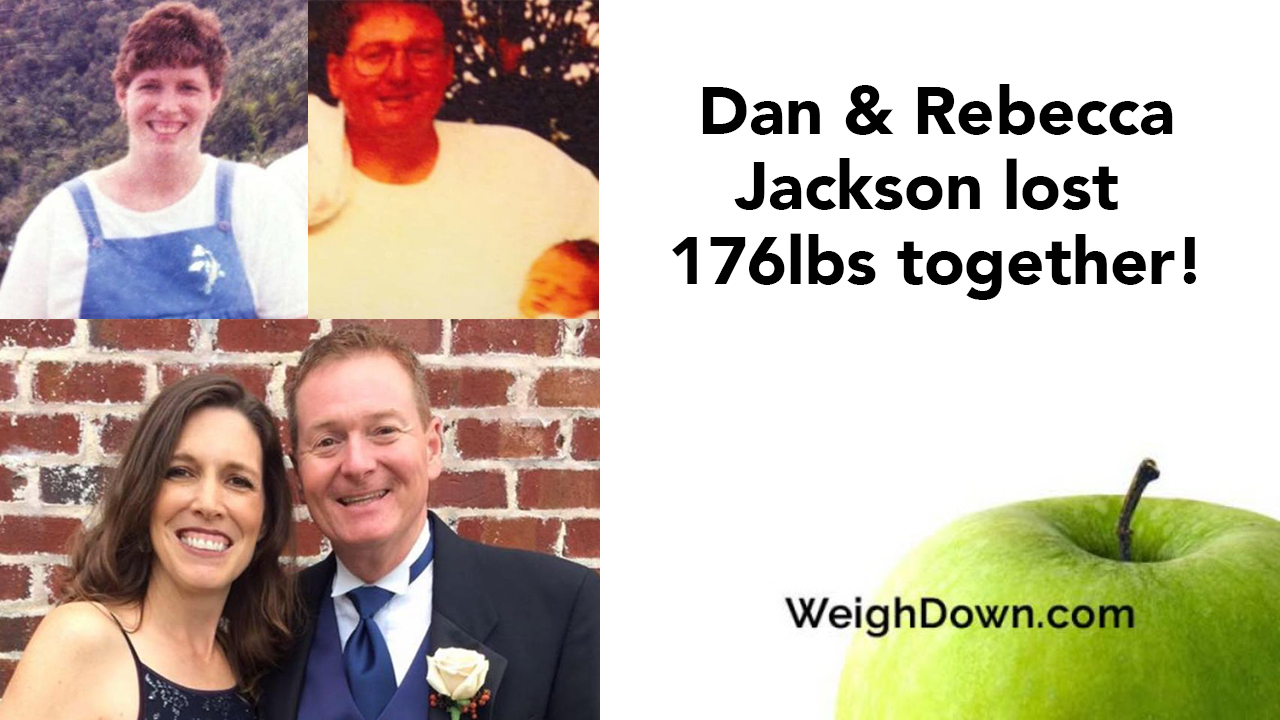 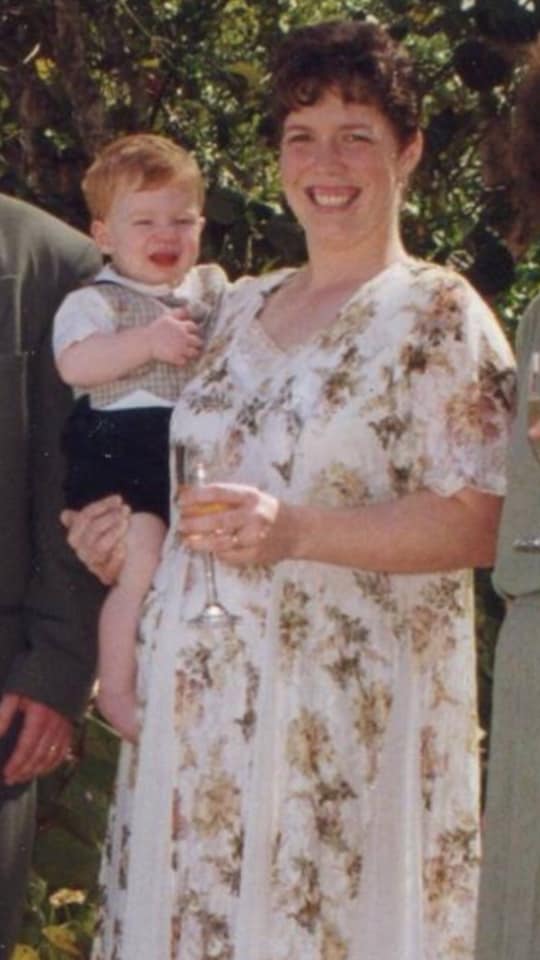 In 2005 Dan and Rebecca Jackson purchased life insurance policies to cover the needs of their growing family. That’s when reality hit. The insurance agent was embarrassed to inform Rebecca that she didn’t qualify for the lower premium because she was considered obese.

Rebecca had never been overweight until she and Dan started dating. She says, “We became great eating buddies! Much of our time dating was spent indulging ourselves: eating, shopping, traveling, and more eating. Because I grew up in rural Southern Illinois, Dan wanted to treat me to the finer things in life.”

Dan explains, “I traveled with my job as a mechanical engineer, and I wanted Rebecca to experience great food – filet, caviar and lots of shopping. I thought the extravagances of life would buy happiness.” Dan’s father had passed away at age 44. This forced Dan to have to work two jobs growing up to support his mother. “Losing my dad created a self-reliance in myself at a young age.”

Rebecca married Dan and 3 babies later, she gave herself permission to eat for two during her pregnancies. It didn’t take long before she found herself almost 100 pounds overweight. “I was overweight and miserable! I loved my family, but I was tired and crabby all the time. My husband was traveling for his job, so I ate and watched TV to comfort myself. I was a great mommy, so I rewarded myself with food when the kids went to bed. Yet I still felt empty inside. 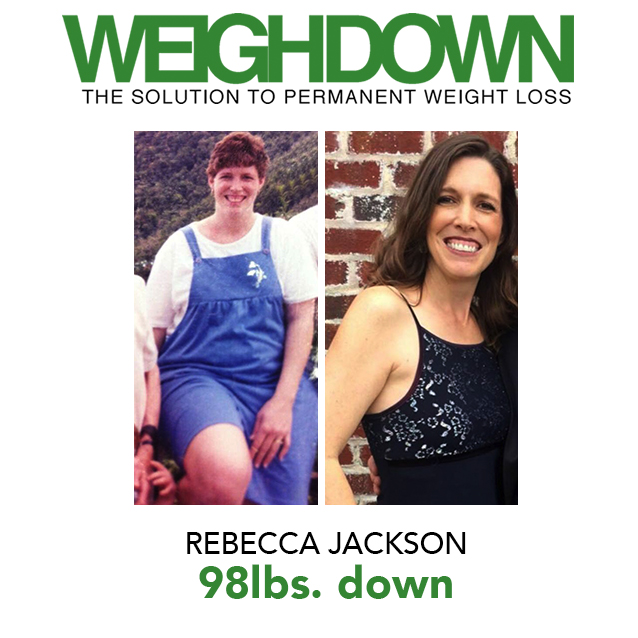 “I cried out to God in my misery. Is this all there is? Is this my life? I don’t feel good this way! How do I change this? Please help me!” So after the “obese” statement by the insurance agent, Rebecca asked Dan for a treadmill that Christmas in an attempt to lose the weight. When Rebecca would exercise, her asthma would flair up and forced her to stop working out. She explains, “God knew what he was doing because this caused me to cry out to Him for help in gaining control of my weight.

“That very week I received an email from Weigh Down – weight loss Bible study program I had tried in 1999.” She had done Weigh Down’s original Exodus Out of Egypt class in her church. God was answering Rebecca’s prayer. She had been receiving Weigh Down email’s for 6 years and would just file them away. She never read them, but never unsubscribed either.

Then Came the Answer – An Email from Weigh Down 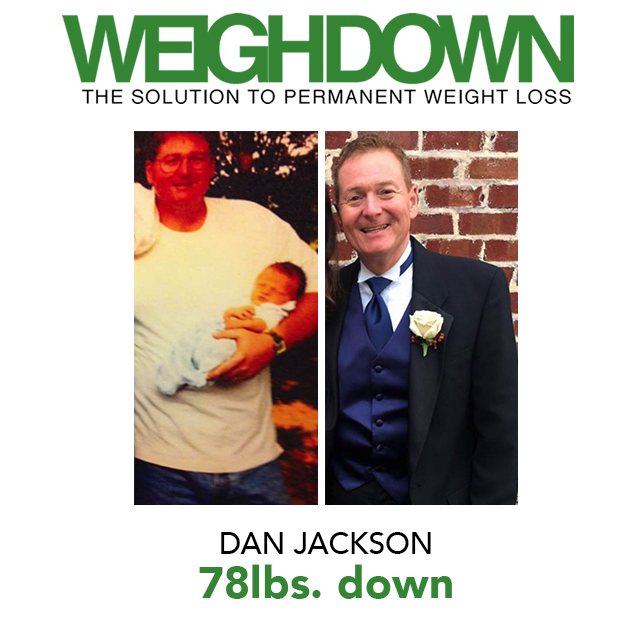 This time was different. Rebecca actually read the email. A new Weigh Down class was starting. Rebecca began the class in April 2006 with her husband Dan and her friend Chris Waterson. “My heart was ready because I was in so much pain. I knew I needed that relationship with God. Our daughter Anna was 2, and I didn’t want her to struggle with her weight like me. I’d never forgotten Gwen had said to not give up.

“I watched and learned from Weigh Down founder, Gwen Shamblin Lara, the weight loss tips and how she followed God’s lead with eating…and how she had fallen in love with God. I knew if I did the same, I would fall out of love with food and be able to lose weight without gimmicks or dieting.” She lost 80 lbs by the end of the class and the rest of her excess weight by the end of 2006. In 8 months, Rebecca lost an amazing 98 lbs total with Weigh Down without dieting and exercise. Dan has lost 78 lbs! Together the Jackson’s have lost an amazing 176 total!

Dan and Rebecca continued to search for more answers in their quest for a pure relationship with God. Dan explained, “After listening to Gwen’s teaching on these video tapes in this class with all women, I experienced more love and Truth than all my years of going to church. We still did not have the answers we needed as a married couple raising a family.” Rebecca struggled with anger. Dan longed for the praise of man. They were tired of the hypocrisy in themselves.

In 2006, they attended the Weigh Down event Desert Oasis. They discovered there was a church founded by Gwen Shamblin Lara called Remnant Fellowship. Rebecca says, “Gwen explained that my kids belonged to God. I was so convicted to no longer cause strife in my family. I knew if I prayed that God would make it clear how to stop being angry and would help me have self-control.

“After Desert Oasis, whenever I felt a feeling of rage come over me, I would drop to my knees until I could talk in a normal voice. I would pretend if someone else was in the room, how would I talk with them. Gwen was the only person who taught me that was sin, and God could help me lay that down. It happened quickly but it was a process. I needed to pray often and daily and God would help me. I had to ask for forgiveness from my children. The beautiful thing is my children do not remember the screaming and only remember me as a loving parent. God completely restored those relationships.”

In 2006 they joined Remnant Fellowship. Dan says, “ I was super encouraged by all the men in the church. They

were salt-of-the-earth guys. I knew there was something amazing and encouraging there. My family needed to be near this incredible Youth group. I was just so tired of working for just praise of man. It was empty. 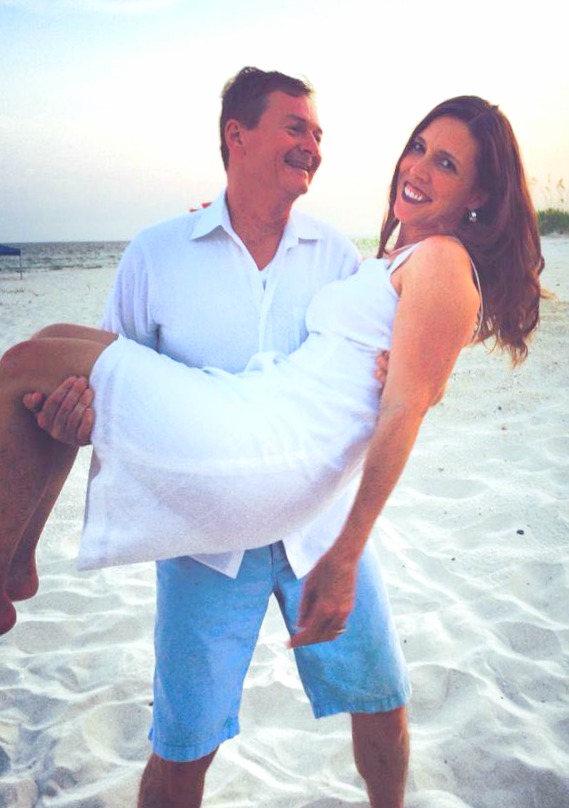 “It was Week 6 from Gwen’s class Exodus Out of Egypt – The Change Series that my life changed. I learned how pride, projection and anti-authority are not allowed in the Kingdom of God. Then I broke down because I realized I was being anti-authority.

Then a new job offer was presented to me as a salesman that would allow me to primarily work from home. I learned that when you’re under authority, you can do anything. So I accepted the offer, and now I work from home and only have to travel 20% of the time.” It was 2010 when the Jackson’s moved to Brentwood, Tennessee to be near the church.

Rebecca says ,“God also right-sided our marriage. We now have peace in our home with 5 incredible children. God helped me stop the emotional roller coaster I was on. I stopped rewarding and comforting myself with food and started finding joy in serving and caring for the family God provided me.

“Dan and I have lost 176 between us, and we have kept it off for over 12 years. We couldn’t be more in love with God. I look forward to many more happy years of marriage (26 years so far) and adoring our sweet children. We have been blessed beyond my wildest dreams. Staying in hunger and fullness waiting on God has allowed me to stay the same size and keep my same wardrobe all these years. If Weigh Down worked for me, it will for you too!” 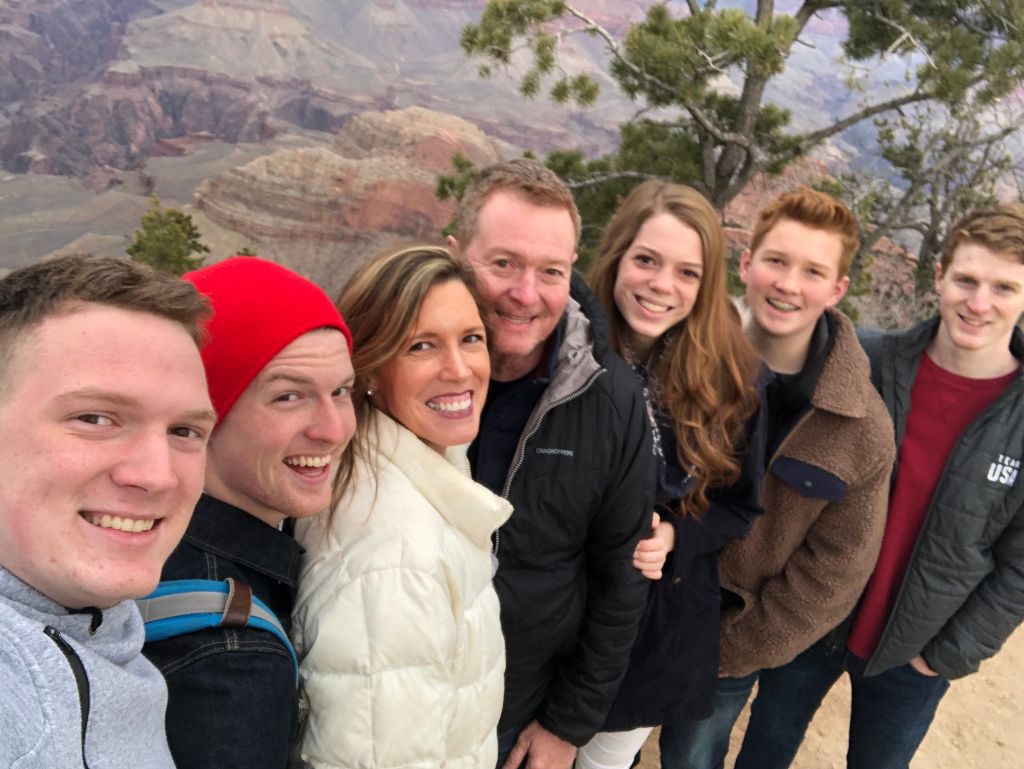 Some of the Jackson’s favorite Weigh Down resources: You Are Not a Victim Series, Weigh Down Basics, The Change Series, Weigh Down Advanced, Strongholds, Breakthrough Series, The Tablet, especially Chapter 15 on Temptations and The Love Book. Watch Dan & Rebecca in the 2nd video below with Gwen Shamblin Lara on the You Can Overcome Show. See Dan share his testimony below: 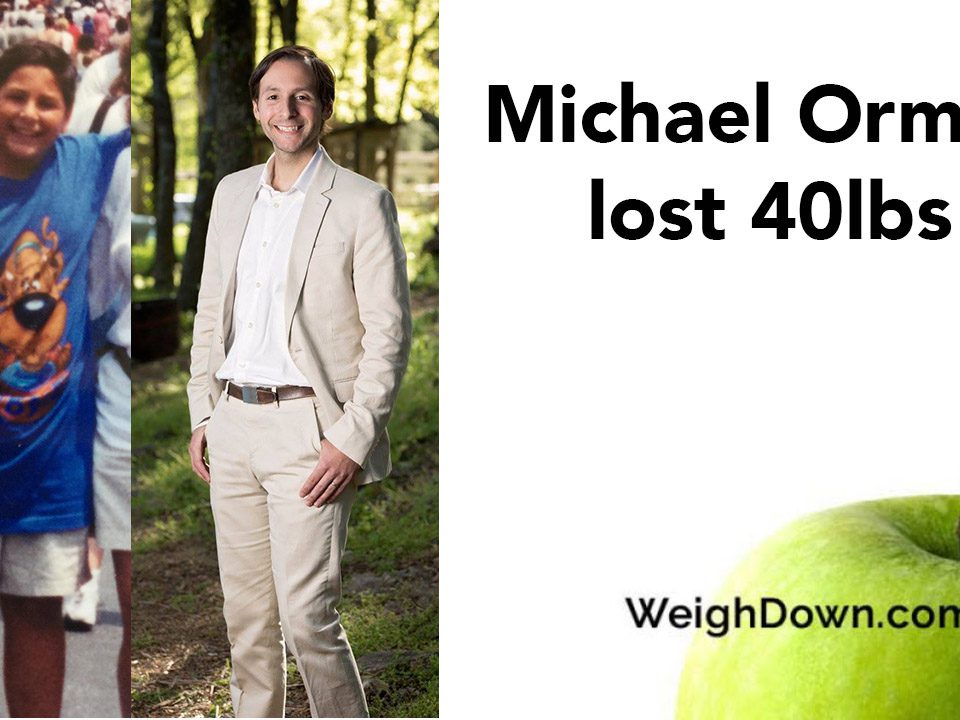