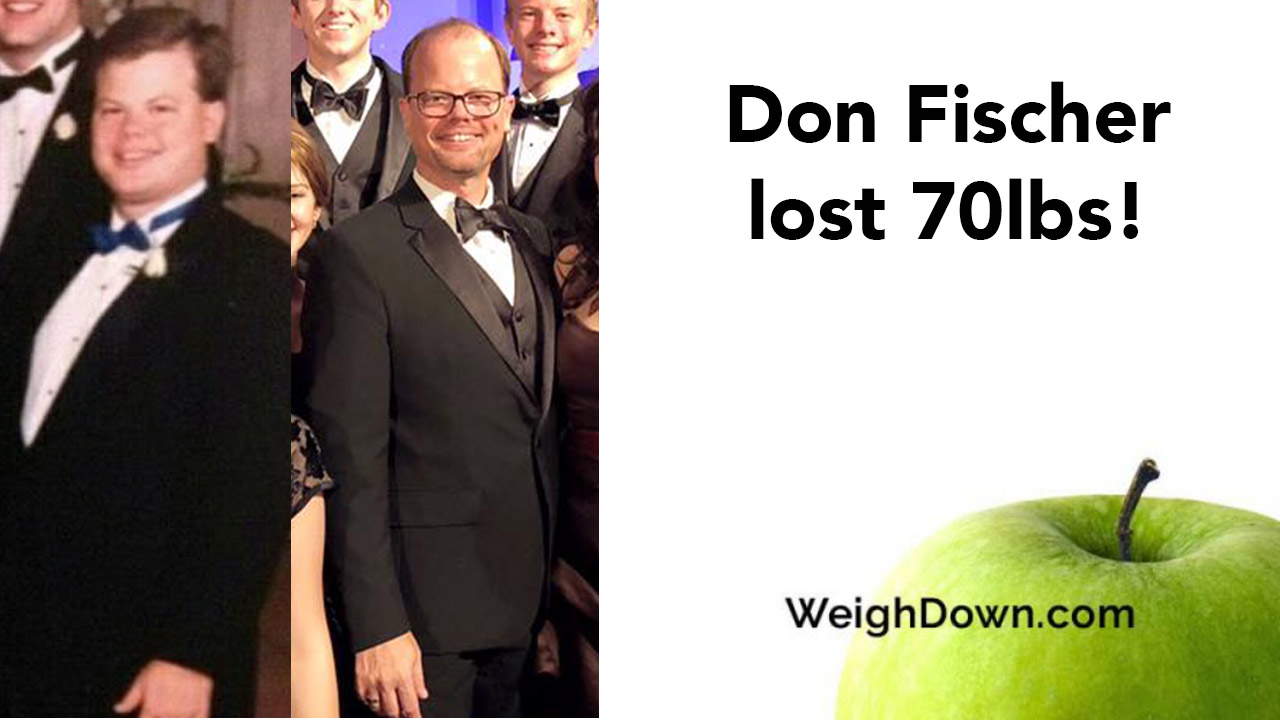 Changing from Selfish to Self-less

If there was one word to describe Don Fischer prior to finding the Weigh Down Workshop and Remnant Fellowship, he says it would be … selfish.  Don explains, “Every thought, every concern, every decision and every action was for self—which led to being overweight, raging in outbursts of intense anger and ruining relationships.”

What started as “typical” enmity between Don and his parents during the adolescent years eventually became complete arrogance that got him fired from his first job after college because he boldly refused to comply with a boss’ request. By that point he was married, but what hope could there be for bringing all that baggage into a marriage?

In God’s infinite wisdom and impeccable timing, He brought the Weigh Down Workshop into Don’s life in February 1998.  “The concept of simple obedience to the body’s signals for hunger and fullness was transformational on the outside, but the principle of self-control soon extended to much more than eating.”  As children began to be born, Don was certain he wanted to give these babies a more certain foundation upon which his own life was built. 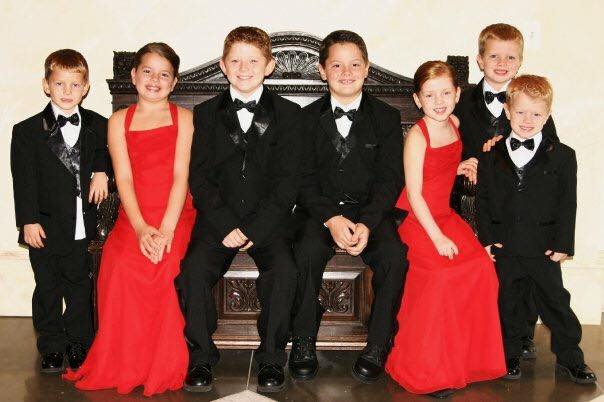 From Bankruptcy to The Answer

Don drifted in and out of classes over the first few years.  “Each time I was ‘out of touch’ with Weigh Down and not taking advantage of the Truth being poured out, life was aimless and difficult and painful.”  The impatience and anger had returned, but this time it was directed at the very children Don wished to point to God.

The hardships eventually led to a formal declaration of financial bankruptcy, but the spiritual deficit and the emotional toll was intense.  “All of this happened the same time that I was standing in pulpits as a ‘preacher’ claiming to shepherd other hurting people who were increasingly losing hope.”  Moving from one state to another did not change the situation … but again God reached out and introduced Don and his family this time to  Remnant Fellowship. 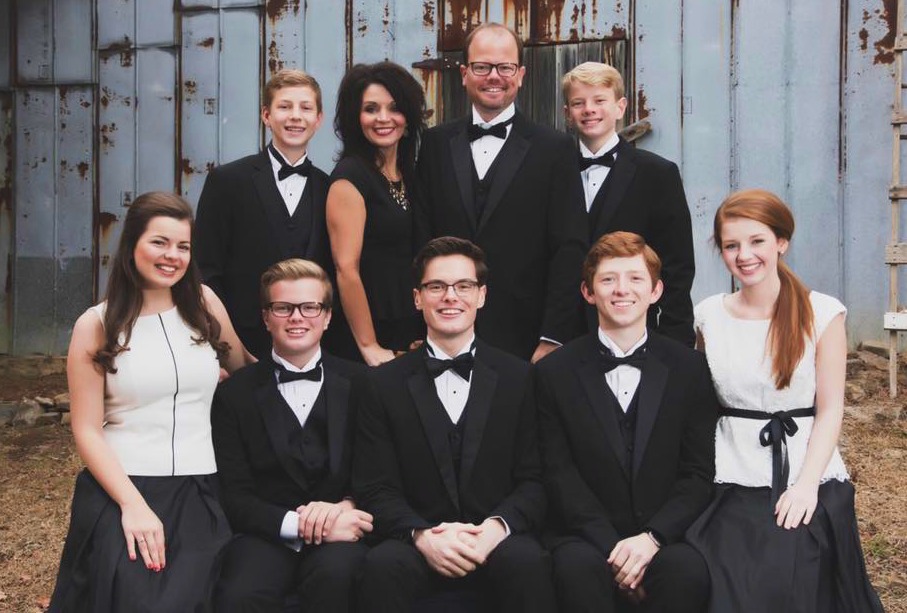 Don and Donna Fischer pictured with their seven children, 2017. 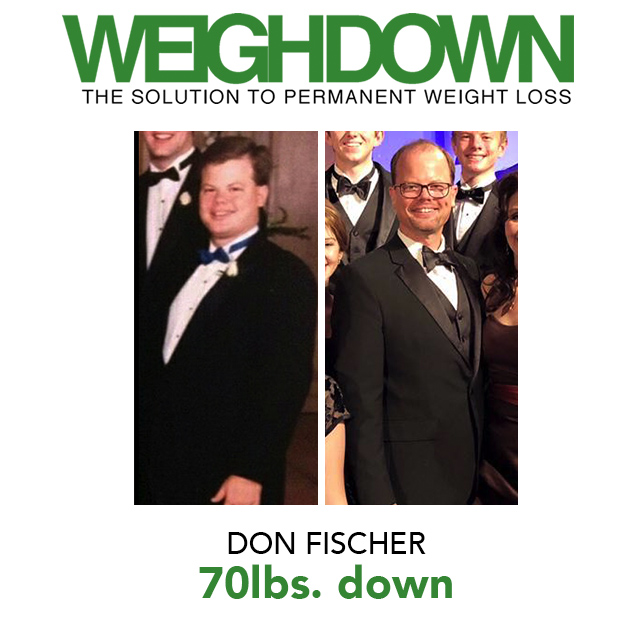 Stepping Down from the Pulpit

One visit was all it took for Don to know that this was the hope for which he had longed all his life and that he needed to pass on to the beautiful children that God had granted.  The fruit of the changed lives at Remnant Fellowship Church was inarguable.

Don gave up preaching and instead humbled himself to sit in a pew and listen to the teaching that was setting thousands free.

The clear message of Truth that God was bringing through Gwen Shamblin quickly turned his life around and he has never looked back.

“Sixteen-plus years and seventy (70) pounds later, there is no going back!” Though he got fired for being insubordinate in his first professional career, Don humbled himself into the mailroom of an industry he had never known, returned to school as an adult and successfully completed an M.B.A from Western Governors University in 18 months while working full time and raising young children and being a part of all of their activities!

“I could not have completed the degree program without the teachings of going to God for everything and doing everything to bring HIM glory rather than for selfish gain.”

Don now works for HCA, the prominent hospital operator founded and located in Nashville, TN. He completely credits his career turnaround and success to what he has learned and put into practice at Remnant Fellowship Church.

God Gives Back a Double Portion of Blessings

Don married his beautiful wife Donna and combined their two families – his 4 and her 3 to make a perfect 7. What began as a fledgling family that came to Remnant Fellowship Church years ago is now a fully devoted family that includes seven teenage and young adult children who are now committing themselves to following God’s lead in every area of their lives.  The result? A strong family unit that is full of love and purpose—grown children who are finding Godly spouses and advancing in their own careers with no one struggling with all the behaviors and wrong attitudes that plagued Don in his youth. Today the entire Fischer family is highly esteemed, very beloved by all in the Church —and they are very involved in serving Remnant Fellowship Church in a variety of capacities including the music ministry, handyman services, helping with young children, hosting families and encouraging others. 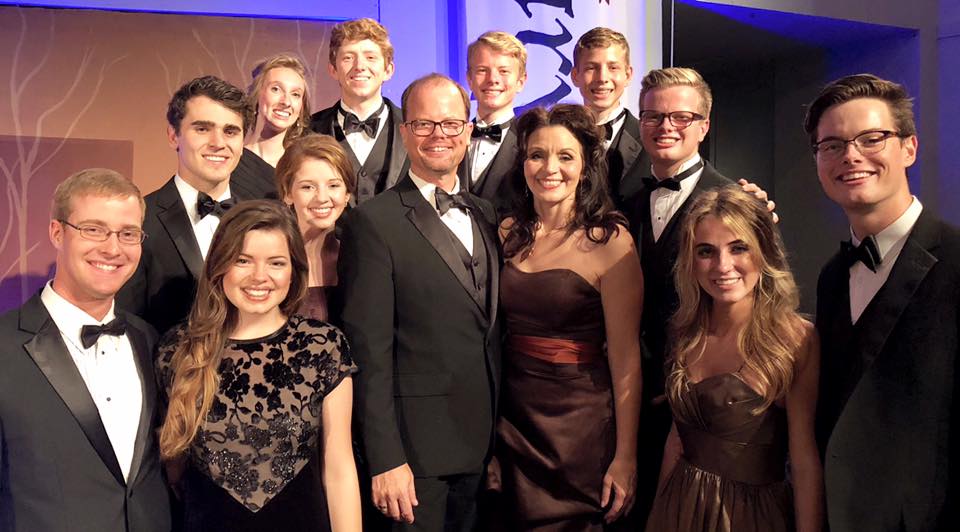 Every resource produced by Weigh Down is incredibly eye-opening and life-changing! What is truly amazing is that the information that changed Don’s life almost 20 years ago in that first Exodus Out of Egypt class is as relevant today, because while the world continues to grow more hopeless and more given to the desires of the selfish, sinful nature … the Truth never changes and is as powerful now as when Jesus Christ lived it out during his time on earth!

The Legend to the Treasure is one of Don’s personal favorite series, because it is such a powerful message about choosing the right ship and the right captain as we navigate the stormy seas of this life—but the newly released Greed Exposure series is an echo of that teaching, and its warnings remind us that greed in any of its various forms will separate us from God while also bringing intense pain and curses.

What a blessing to be delivered from selfishness into a life of peace, joy and a legacy that can be passed from generation to generation … for the glory of the One True God! Watch Don has he reads an except from Gwen Shamblin’s God Fearing Families book.

Watch below as Don and Donna appeared on the You Can Overcome Show with Gwen Shamblin and Candace Anger in a “Totally Transformed Family“: