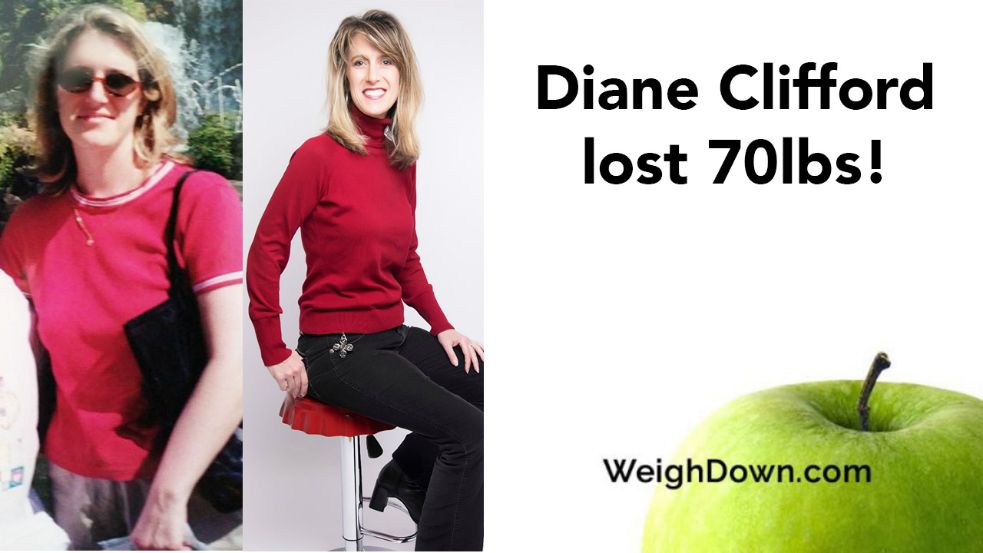 From Overly Self-Conscious to a Life of Joy & Laughter 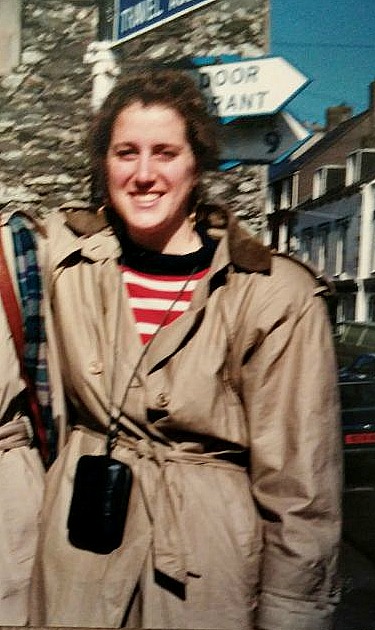 Diane Clifford was raised in upstate New York near Binghampton. She had loving parents and an older brother. Diane was a good student and involved with sports. She grew up Catholic and attended church regularly. But as she moved into her teen years, she started to become self-conscious.

“I was chubby pretty much as far back as I can recall. I wanted to be liked (or at least not disliked) and wanted the approval of my peers. I later found myself working harder and “giving in” so they didn’t dislike me or make fun of me because of my weight. In other words I couldn’t just be myself. It became very energy expensive because I was naturally a more private person.”

Diane graduated with her business degree from Marywood University in Scranton, Pennsylvania – a private Catholic college. Next she went to the University of Baltimore and obtained her MBA. It was there that she fell away from the Catholic church and gained even more weight.

No Diet Ever Worked Until… 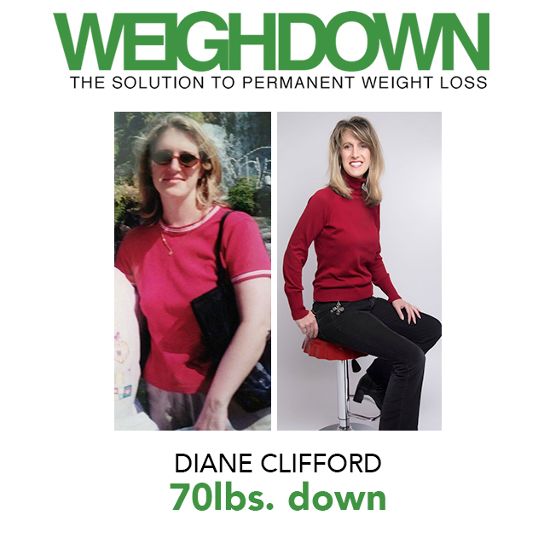 It was during this time that Diane began the endless cycle of trying to find a weight loss program that worked. “Throughout the years I had tried Weight Watchers, Slim Fast and low-sugar diets. I even played subliminal tapes while I slept and found out none of these things really worked or made me happy. Trying to lose weight became such a focus and consumed so much of my time and mental energy. It was very discouraging.”

Diane decided to start a new life and moved closer to family in Detroit, Michigan. Her brother was working for Ford at the time and her uncle’s family was there also. In 1999 a gentleman who worked with her uncle  told Diane about Weigh Down. So she attended an Exodus Out of Egypt class at a non-demoninational church. Then she took another Weigh Down class at a Catholic church. She was able to lose around 50 lbs for the first time ever!

Weigh Down – “The Only Diet That Ever Worked!”

Over the years she was able to keep most of her weight off but 11 pounds crept back up and wouldn’t budge. She heard about a fasting diet cleanse which involved drinking only lemon water with maple syrup. She didn’t eat for 5 days on this program but wasn’t able to lose a single pound. Diane then realized the only thing that ever worked was Weigh Down!

In 2004 she began receiving the Constant Encouragement CD’s. In 2007 she visited Tennessee for the first time to attend Desert Oasis. She returned to Michigan and took another class and lost those 11 pounds that were stuck plus an additional 15. Diane’s total weight loss became 70 pounds and she has kept it off for over a decade!

Discovering Remnant Fellowship Where God is Everything 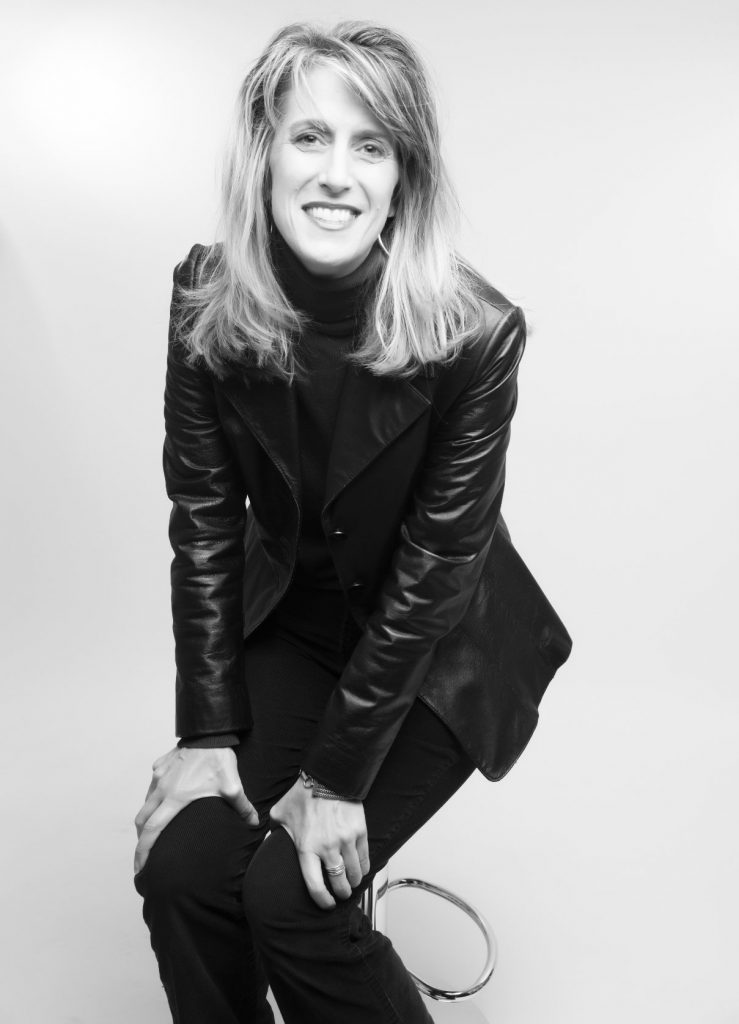 It was her friend Janene Steinman who lives in Plymouth, Michigan that encouraged her to join the church. Diane decided to join Remnant Fellowship Church and her life has been truly joyful ever since. She had thought about moving to Tennessee once she retired. But in 2015 her boss asked her about her career goals. She had been with the company 18 years. She told her that if she ever opened an office in Nashville, she would be interested in transferring.

Soon after that, her boss told Diane she was opening up a Nashville office and that she was going to run it! So Diane put her house up for sale in a struggling market and sold it in 7 days for an above average price and moved to Tennessee!

One of Diane’s blessings with her one-hour commute from Brentwood to Nashville is getting to listen to All Access to hear constant Truth including all Weigh Down classes and lessons by Gwen Shamblin. She loves living near the Remnant church and and being able to fellowship and talk about God and how to walk in obedience to Him.

“Looking back I see God’s protective hand throughout my life.  Now instead of pleasing man so I get their approval, I am able to share God’s love so God can be glorified. What a burden lifted! God provides the energy for that…no longer am I exhausted and not satisfied afterwards.

“I used to take myself WAY too seriously….bottled up and so self-conscious. Now after being in God’s will, I just LOVE laughing at myself! That ball and chain is no longer around my neck. It’s such a light-hearted and delightful thing….to realize I don’t need to be ‘perfect’ or ‘invisible’, but delightfully looking for His perfect lead at all times and grateful when He keeps me humble.”