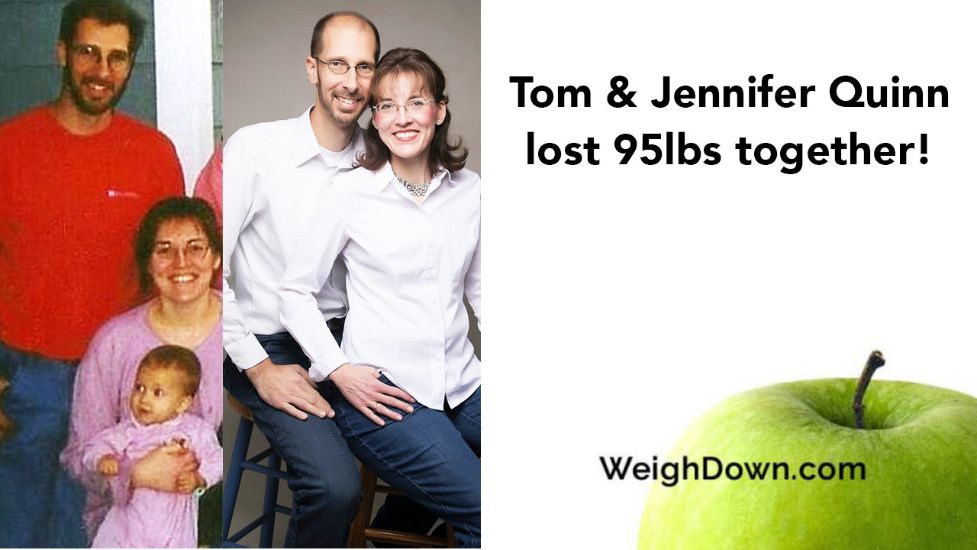 Tom & Jennifer Quinn were married in 1996. Despite taking pre-marriage classes at their former church, they were not equipped for a successful marriage. Tom says the only reason their marriage survived the first few years was his “obligation” to not divorce, especially since they now had a young son.

Tom explains, “I was wrestling with the reality that I would spend the rest of my life unhappily married. Meanwhile, Jennifer was wrestling with thoughts of how to get out of our marriage. To cope, I threw myself into work and hobbies, avoiding my role as husband and father. Jennifer turned to food, work and exercise as a gym instructor.”

In 1999, a friend told Jennifer about a faith-based weight loss program called Weigh Down. She immediately read The Weigh Down Diet book by Gwen Shamblin and laid down her obsessive exercise routine which consisted of working out 2 hours a day, 5-6 days a week. Then she read Gwen’s next book, Rise Above, and learned more about how to develop a personal relationship with God. “I learned how to trust God and let go of the detailed daily lists that I used to keep. I also took a Weigh Down class and my relationship with God started to grow even more! While I was developing a closer relationship with God, Tom did not grasp the depth of Weigh Down. He wasn’t interested in listening to any of the materials at that time.

“Regretfully, I fell away from the Weigh Down teachings during a series of life-changing events. God gave us our second child, our precious daughter, Tristen, and shortly after, we moved as God led us from Wisconsin to West Virginia to do mission work. It was a lot of change which caused me to lose focus on what I learned in Weigh Down.” 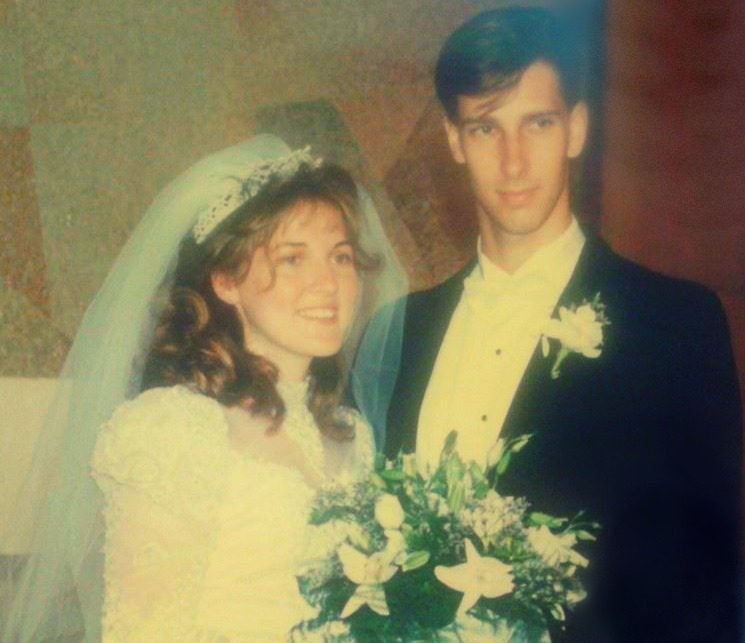 Tom and Jennifer continued to search for answers to their problems and struggles in their original church for four more years. They even served as missionaries for two years in an “ecumenical” missionary program. After they completed the 2-year missionary service contract, they realized there was a great deal of sin left in their hearts and in the hearts of the church leadership they were serving. In addition, many of the denominations they came in contact with as missionaries had the same sin problems.

Tom says, “We realized that we could not trust our previous church’s leadership to guide us, nor our own hearts. In retrospect, we believe this rampant sin in the church was what God wanted us to see through our experience as missionaries.”

The Quinns came to the painful realization that they had indeed experienced the “form of godliness, but denying its power” described in II Timothy 3. Tom says, “We remained mostly empty, clinging to rituals and reaping the consequences of not turning from our obvious sins. This experience brought us to a breaking point as we completed our missionary service instead of bringing us closer to God and to each other.” 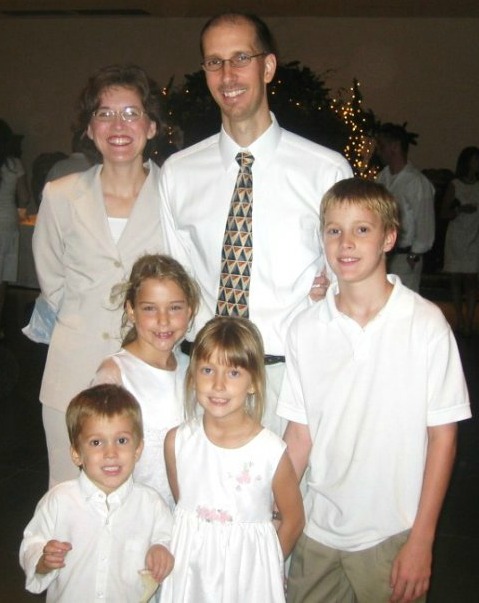 God Was Leading Them Back to Weigh Down

Jennifer explains, “I felt something inside me calling me back to Weigh Down. I felt like I hadn’t really understood the ‘food part’ of the program even though so many other things had changed for the better. In May 2003, I went on the Weigh Down website and found the Weigh Down Advanced study. That class changed my life in so many ways.  I was finally given the answers to so many lingering questions, especially questions about my purpose in life and what the church is called to be!”

Tom even listened to the audios with Jennifer this time! As they heard Gwen Shamblin speak and read from the Bible, it became obvious immediately that this was the Truth they had been searching for so long. They joined the Remnant Fellowship Church in 2003, only a few weeks after starting the class, because they recognized the good fruit that was so evident in those who put the teachings into practice. 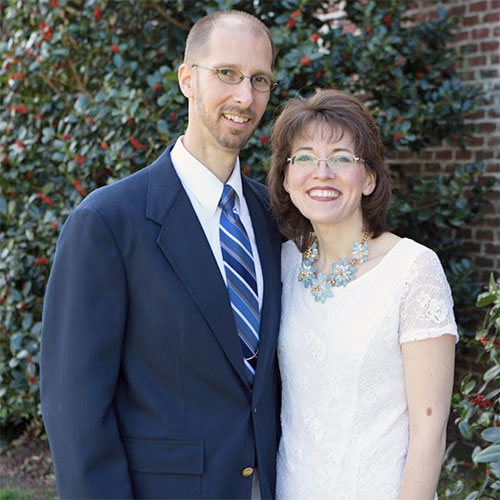 Laying Down Sin Was Possible & Expected by God

Tom says it was four Remnant men who changed his heart. Michael Shamblin, Brandon Hannah, David Martin, and Tedd Anger all testified via conference call about what it felt like when they each had made the choice to turn from hidden sins of lust, pride, greed, and selfish behaviors. “Their testimonies proved that I COULD change too. Scripture after scripture said I had to change. Because I could see their good results, I wanted to change too!

“At first, I was scared at the realization that I needed to FULLY repent of the sins I had continued to carry! Gwen’s powerful talks were packed full of convicting scriptures that proved I could no longer rely on a sacrament or ritual and proved that any kind of deliberate and intentional sin must be laid down! It was all there in the Bible. I’d read parts of it before, but never was I confronted with the requirement to stop sinful actions, nor given the tools and example to do so until that class!”

Jennifer Quinn – 35 lbs Down with Weigh Down! 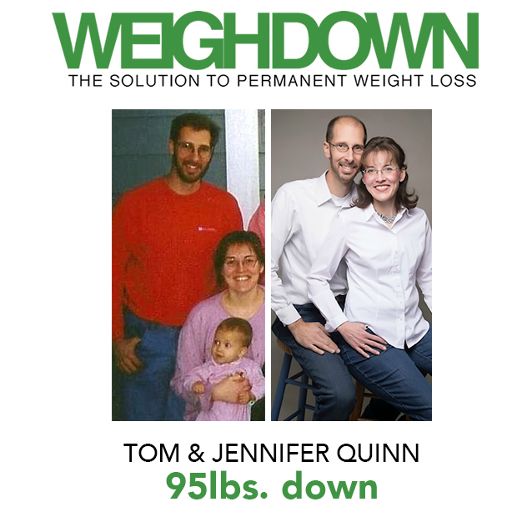 Jennifer continued to learn and grow in every area of her life too. She says, “I learned how to honor and respect my husband in my heart (not just in action), how to joyfully raise my four beautiful children with love and patience and how to appreciate correction from God and teach my children to do the same. I’m so grateful to God for what I have and what I’ve learned – to not be greedy or give thought to what I don’t have. Rather than focus on selfish things, I’ve learned to focus on selflessness and living for God’s glory! I now go to God for comfort not things on this earth. I have lost 35 pounds of greed by following Weigh Down. I only choose to exercise for the joy of the physical activity when time or opportunity allows.”

As Jennifer submitted her will, God was moving Tom’s heart to be a better husband. For the first time, the Bible was no longer a collection of stories or just historical readings. The Quinns were being taught to read it in the context of looking for God’s guidance, love, correction, and approval, just like Jesus Christ told us to do.

“After learning this Truth, we sought local fellowship with other Remnant members, joined conference calls, webcasted Sabbath services, and visited Nashville from Virginia often to stay connected with everyone. When I had the opportunity to travel for work, it was always encouraging to fellowship with others on this same path. Jennifer took comfort knowing my heart and eyes were for her alone, even when on the road for business trips. We continued to grow under the diligent and loving teaching of Gwen Shamblin and the Remnant Fellowship Leadership – changing for the better.” 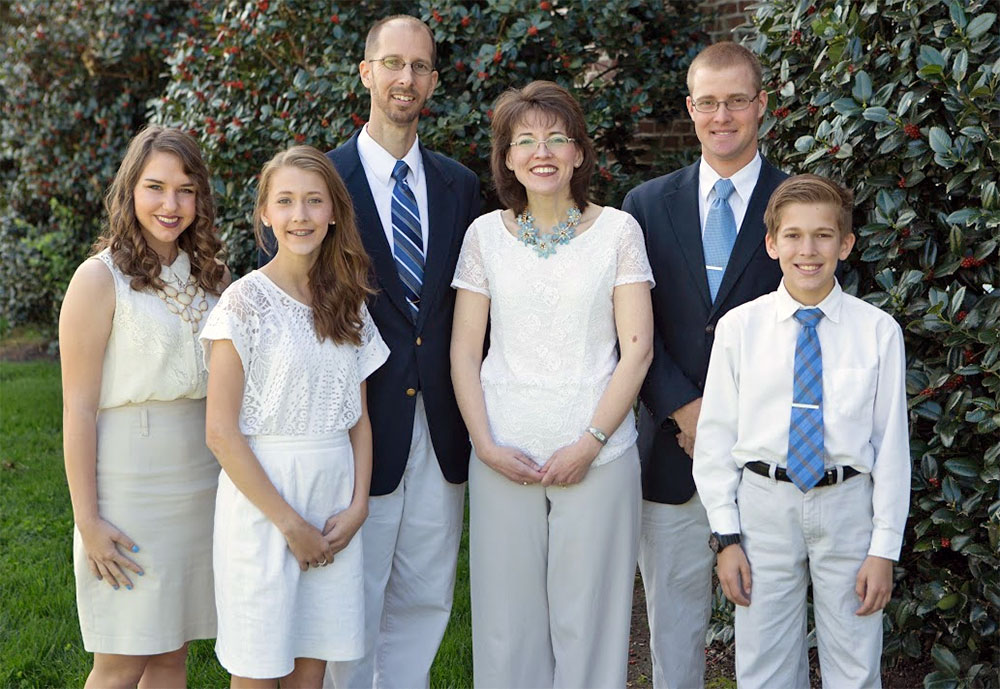 Tom and Jennifer Quinn with their four children: Tristen, Carol, John and David.

“This was the first church I had witnessed where the members took this Christian-life very seriously,” says Tom. There was no room for a double-life – one for church and one for the rest of the week. I heard testimonies from several men who were putting this teaching into practice and seriously going for a pure, whole-hearted relationship with God. I wanted the same relationship!”

The Quinn family moved to Nashville in 2008 to bring their family closer to where the largest group of Remnant members were living. They wanted regular fellowship for their children and for themselves! This year marks their 10th anniversary living in Tennessee, and God continues to refine and test their dedication to Him first, then to His Church, their family, and themselves last. Through this total trust and obedience, the Quinns have witnessed how God always provides in ways they would never expect. They have an abundance of time and energy! “Because of putting God first, He makes the tasks we need to accomplish for His Kingdom and our family go at an incredible pace. It’s something that can only be experienced to fully understand how wonderful it is being guided by God’s Spirit.” 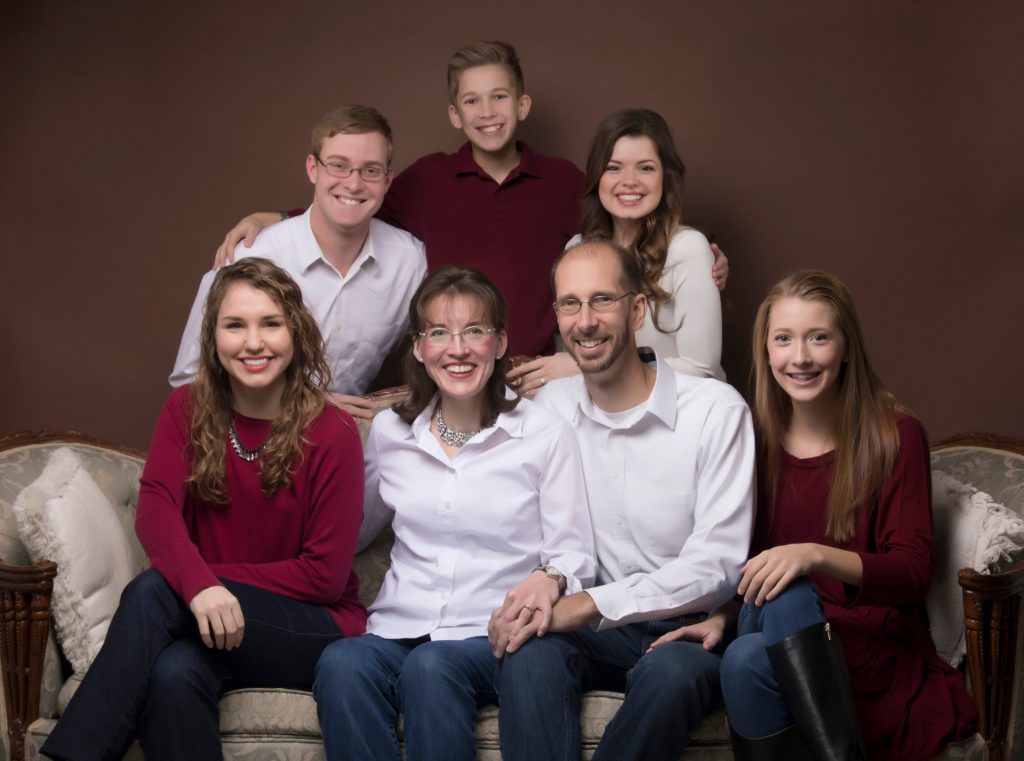 Tom Quinn – 60 lbs Down with Weigh Down!

Tom had always been athletic growing up in Wisconsin, but later struggled with his weight after marriage. He too started following the teaching of Weigh Down and lost 60 pounds and improved his health tremendously. In addition, he says God cleaned up his heart. Tom has been able to lay down sins that had become a stronghold in his life for years, never to return again! He says the resources on All Access and the Remnant music along with the Constant Encouragement CD’s keep him inspired and focused.

Tom and Jennifer serve as deacons in the Remnant Church and have four lovely children – John, Tristen, Carol & David. Their humble, servant hearts are an encouragement to many. Their oldest son John recently got engaged to Rebekah Fischer. Jennifer says “We have peace beyond what I would ever have imagined possible considering the early struggles in our marriage. These blessings for obedience give us hope for our children and a desire to share this incredible experience with others. We are eager to pass this gift down to the next generation!”

Watch Tom & Jennifer on the You Can Overcome Show with Gwen Shamblin & Candace Anger.