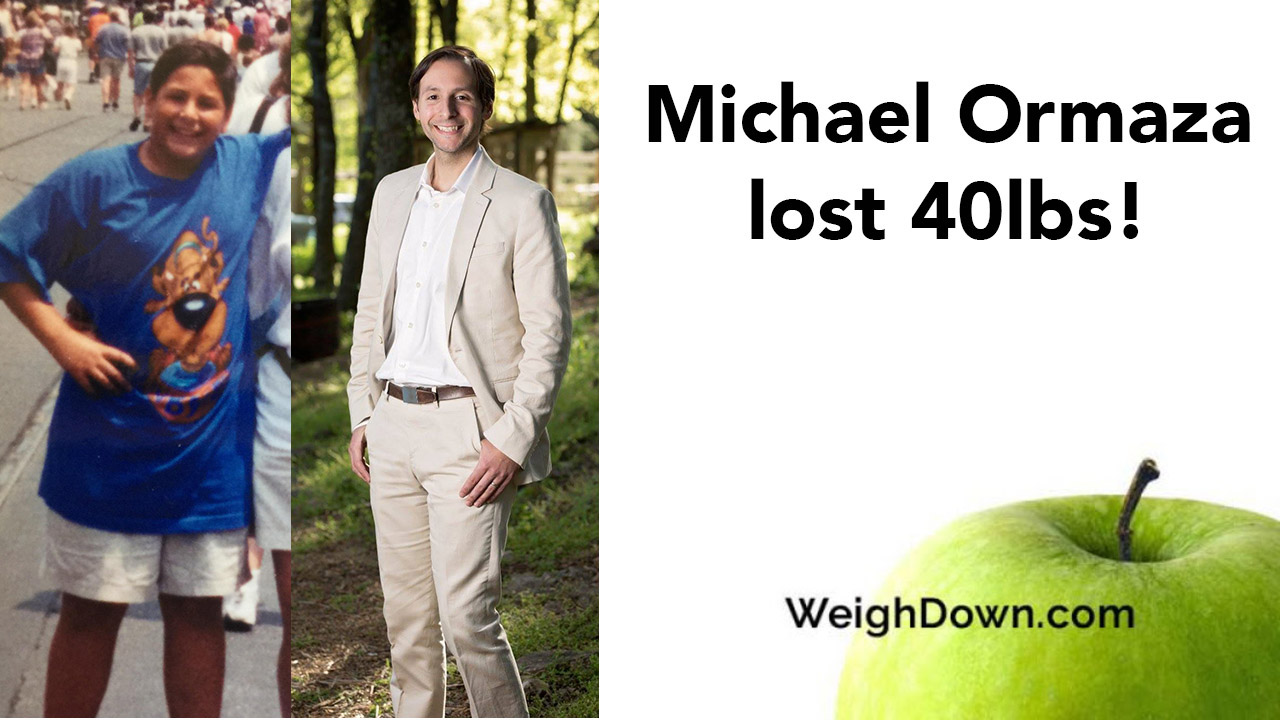 As a young child, Michael Ormaza was no stranger to the pain and struggle of obesity and overweight. He says, “I knew no other way of life, and still remember the misery and physical pain that my overweight condition caused. I thought everyone wore “husky” size clothes and couldn’t see their feet when they looked down.”

Towards the end of Elementary School and beginning of Middle School, Michael began to experience bullying, saying, “It felt like I was the punch line of every joke—especially the fat kid jokes. Thus began my obsession with losing weight and focus on my weight and body. I was so angry, so defeated, so depressed and so perplexed by the bullies’ cruelty that my only comfort was my amazingly loving mother and food. So, I did what I heard everyone else was doing to lose weight – diet. And boy did I diet! In fact, once I started dieting, I didn’t stop until I found WeighDown.”

“I was obsessed with losing weight because it had become unequivocally the single greatest source of my pain in life.” 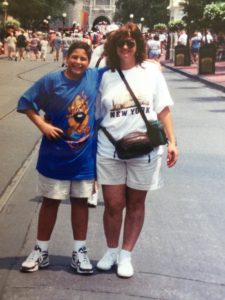 However, Michael did not succeed in losing weight and ending his love for eating and food, and instead, only gained weight, while simultaneously becoming more angry and depressed.

Next, Michael excitedly headed off to college. In his mind, this was a new journey away from the bullies of the past. To Michael’s surprise, in college there was no more bullying and in fact he went on to make new friends.

“For the first time in my life, I was invited to a “party” and it felt like I had won the lottery—I thought I had found happiness. I indulged every impulse and desire that came my way.”

However, Michael soon noticed that his indulgences were not without consequence. The following days, he would wake up in a great amount of pain from over-drinking, accompanied by an overwhelming sense of guilt that he couldn’t shake. 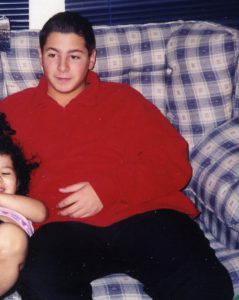 “I dismissed it quickly and carried on a lifestyle of over-drinking, drugs and lust like I never imagined. I remember telling myself, “You made it! This is it! The is the life you’ve always wanted – popularity, pleasure and partying, all while making good grades.”

However, these thoughts were quickly followed by sorrow and tears as Michael felt an overwhelming emptiness inside. Finally, the emptiness, pain and guilt were too much for Michael to bear, and he determined that he must stop the indulgences that were the source of pain and misery.

However, Michael recalls that the more he tried to stop the undesirable behaviors, the more he seemed to indulge them. He says, “There was such a void of self-control that I felt as though another force had control over my body and mind.  I would ask myself over and over again, ‘Why can’t I just stop myself from doing the behaviors that I know are not right?’ This led me to my knees in prayer, and I cried out to God for help like I had never done before.” 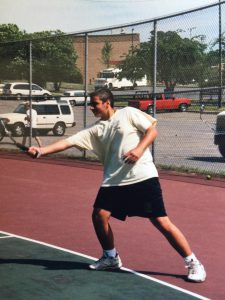 Shortly following that prayer, Michael remembered a girl he used to lifeguard with, Michelle Elam, who had read a book called the WeighDown Diet. Michelle had briefly explained the concept of WeighDown to Michael: living a pure life before God with no idols that came before Him. Michael found Michelle though Instant Messenger and messaged her right away.

Michael says, “I quickly began telling her about how popular I was and how I was out partying all the time and having so much fun and on and on. She replied with one question,

Michael began to cry, knowing that contrary to what he had previously expressed to Michelle, he was not happy at all. Michael was miserable, and even though the bullies from middle school were gone, he was even more depressed and felt even more defeated. There was no hope!

In October 2004, Michelle introduced Michael to WeighDown and Remnant Fellowship Church. Michael says, “I still remember the first time I heard Gwen Shamblin speak; I was completely struck to the core when I clearly heard, “No, you cannot have two masters…”. After so long of indulging every whim, hearing the word, “No” was welcomed. That first WeighDown class completely changed my life.” 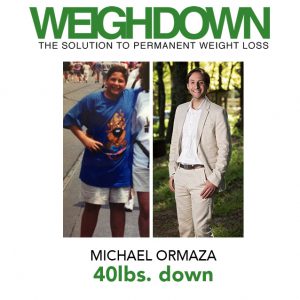 After that day, Michael immediately put into practice what he was hearing. This resulted in a list of changes that bore beautiful fruit! Michael quit drinking (being underage at that time), quit smoking, cut up his 2 fake IDs, lost 40lbs, stopped all drug use, left the sinful party scene, laid down lust, forgave those who had mistreated him, and healed many old wounds.

“I discovered what is now my single most treasured possession—a personal interactive relationship with God Almighty and His Son Jesus Christ.” 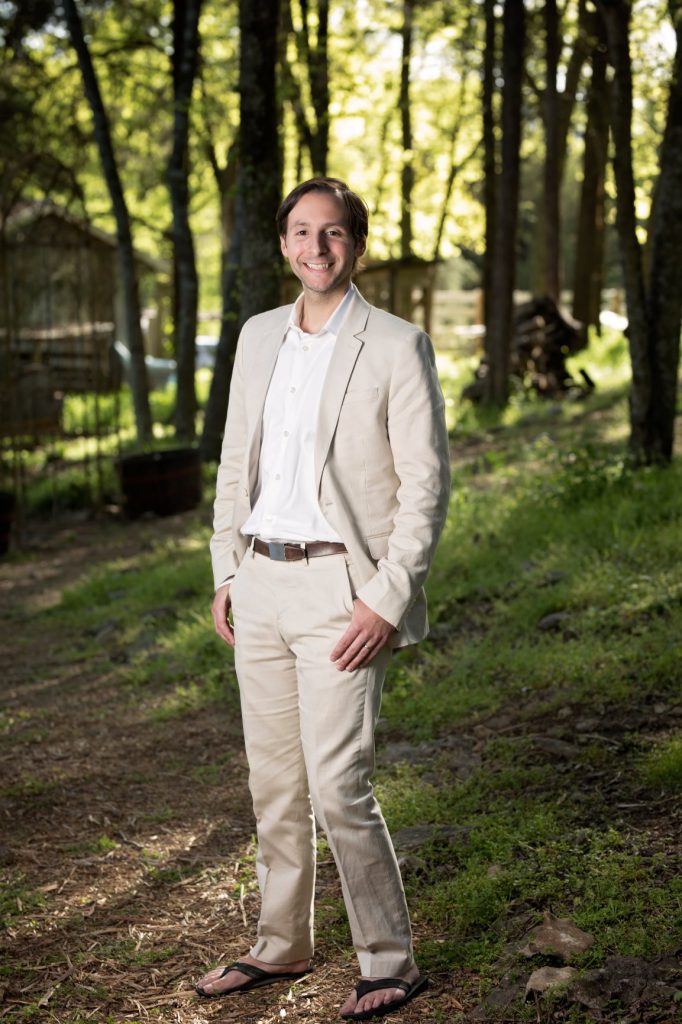 “I finally had an explanation and understanding of what had happened: I was trying to fill up my hurting heart with food, drugs, substances, lustful pleasures and praise of man but to no avail because my heart was designed and pre-programmed to be able to only be filled up with God’s love and God’s approval. All concepts that I had never heard until I heard Gwen Shamblin speak.”

Over all those painful years, Michael sought help from various Christian denominations, but they offered no real answers. Michael tried eastern religions all about making peace with the “inner self”; and when that failed, he tried New Age and Metaphysics, all to no avail.

“All these denominations, religions and philosophies offered a great deal of information, but none of them taught me how to change…

It wasn’t until I found WeighDown Ministries and the Remnant Fellowship Church that my beliefs and my life and behavior were one in the same.”

“As a direct result of putting God first above all else, God came back in and blessed me with what I had always wanted—Self Control! This led to weight loss and health, and healing of all the pain from the past. I was able to stop all the behaviors that were not right before God. He also blessed me with tremendous peace and joy in my heart and the ‘empty’ feeling soon disappeared. Finally, I had a sense of purpose and love in my heart and FRIENDS…oh the number of incredible friends God gave back. True brothers and sisters in Christ that are there to encourage each other and point me up to God. Not to mention the laughs and good times we’ve shared together—all in God’s boundaries. It’s a way of life I simply did not know existed.”

Michael continues to stay plugged in to WeighDown classes, books and audios. His favorites include the Treasure series, History of the One True God series (class, book, and audios/videos), “Born Again” sermon and “Are We Loved by God?” sermon (available on All Access).

Michael married Michelle in 2009 and the couple now have 3 beautiful boys! 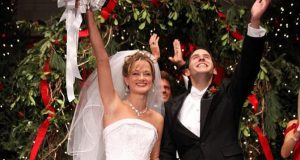 At Michael and Michelle’s wedding in 2009

Michael says, “We live such happy, peaceful and full lives together – every day truly gets better and better. I never had answered prayers before – now they are a daily occurrence! God has also blessed me with a wonderful career and I’ve been able to provide for my family while my wife can be home with the kids. In my wildest dreams all those years ago I never imagined I would be thin, healthy, married to a gorgeous Godly woman, have 3 sons, the best of friends in world, a career, peace in my home and heart, happiness every day, self-control and MOST importantly—a real relationship with God!” 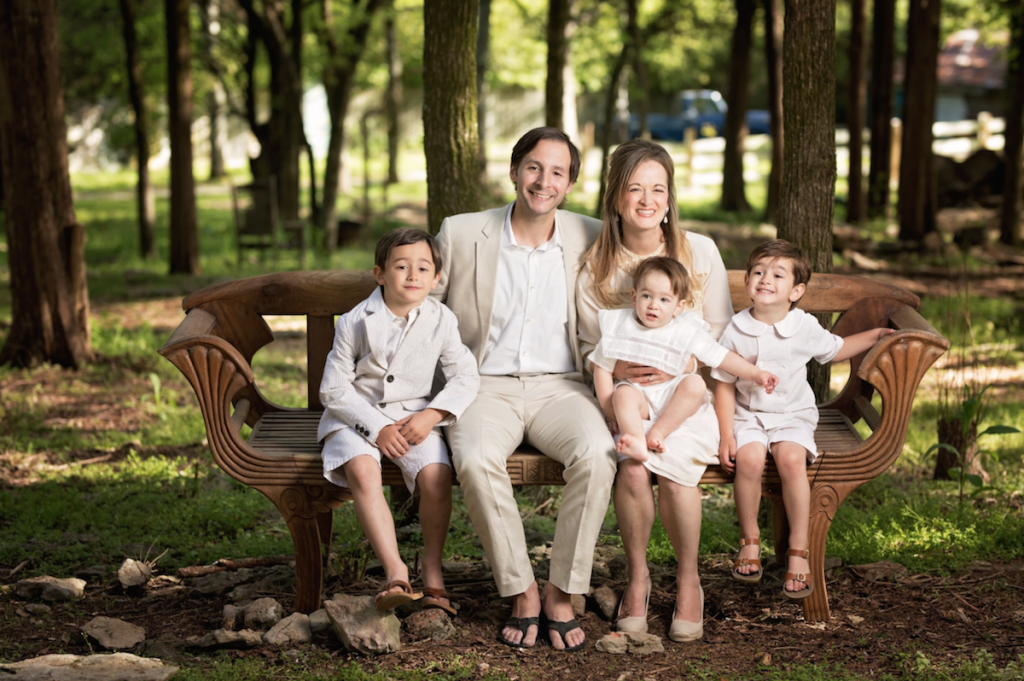 To hear more about Michael’s testimony and changed life, check out the videos below!