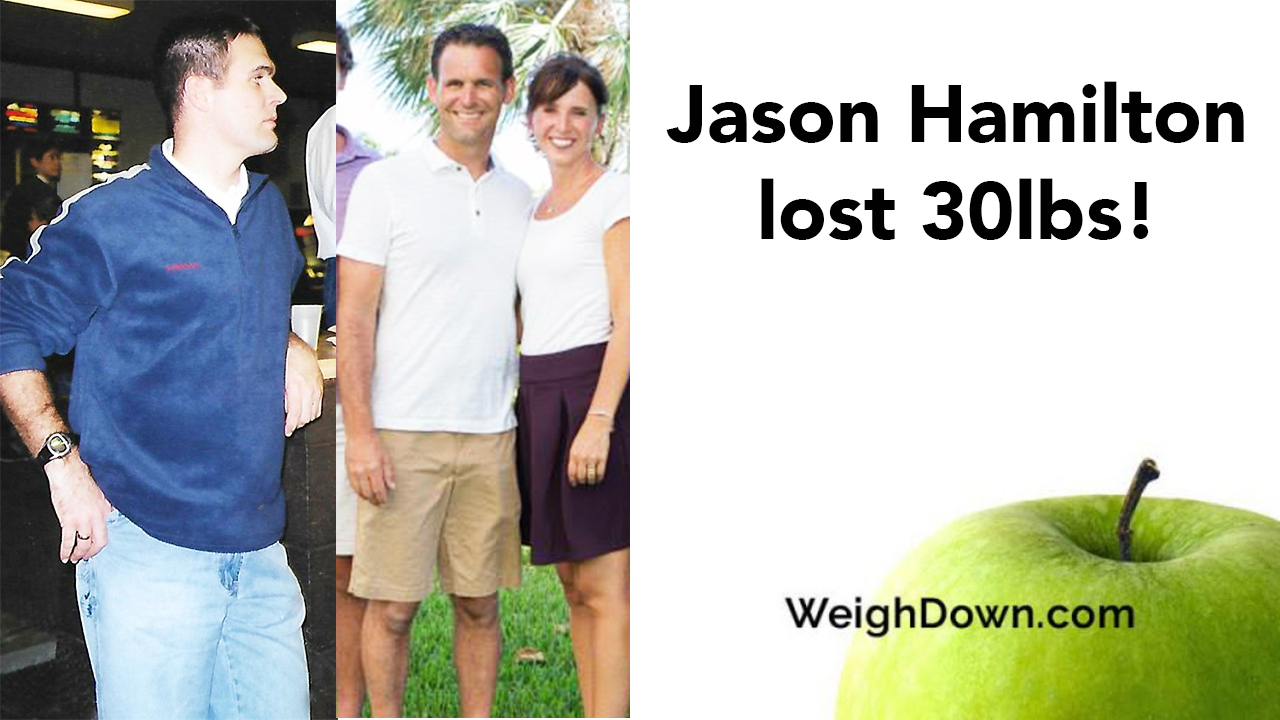 From Surviving in Indiana to Thriving in Tennessee

Jason and Ashley Hamilton say they are overwhelmed with gratitude for God. He has lifted the veil and opened their eyes to His will and the true Jesus Christ!  They want nothing more than to live every moment following in His footsteps, constantly serving His church in any way they can.

However living in Indiana, their lives were quite different. Jason and Ashley both grew up in Ohio and attended the same high school together and married in 1993. Jason says, “We simply existed. Our marriage wasn’t miserable, but we had no idea what God intended marriage to be, and it wasn’t until we found Remnant Fellowship that we realized what we were missing.” 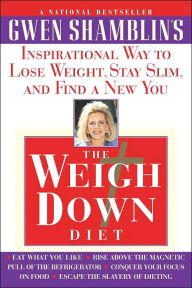 Ashley read The Weigh Down Diet book in 1997 after the birth of their third child.  She immediately put into practice the principles of the book. By eating when she was hungry and stopping when full and turning to God instead of food, she lost 25 pounds in 4 weeks.  Not only did her physical appearance change, but the total obedience teachings were changing every aspect of her life.

After attending a Rebuilding the Wall tour in November, 2001, their lives were forever changed. This wasn’t about weight, it was about a true relationship with God. Ashley started coordinating Weigh Down classes with groups of local women. In late December 2001, after seeing his wife change, Jason became somewhat discouraged from the lack of effort from the ladies in her classes. So he agreed to watch a few of the Weigh Down Exodus Out of Egypt videos with Ashley.

The Jewels for Obedience

After just the first two videos, Jason felt immediately convicted to do what Gwen Shamblin was teaching – wait for real hunger, stop when full, and pray when I was tempted to eat but not really hungry. Conviction was a new concept to Jason. He explains, “That night when I went to bed, I vividly remember praying to God and committing to give this a try, asking for the strength and perseverance to do this, and asking God to show me if this teaching was really ‘the Truth’, because it was clearly different then anything that I had been taught before.” 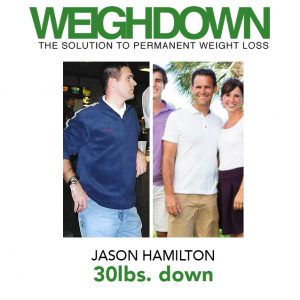 Realizing Gwen’s teachings were right, Jason committed to putting it into practice that night. The next day, I fought hard to keep my commitment and prayed when I was tempted instead of running to the food. After battling through those first few difficult hours, God supplied me with an incredible amount of energy and joy that I had never experienced before.

Jason says, “I now understand that this was a jewel that Gwen talks about. It was a blessing from God for giving up my greed for food in addition to the physical benefit of not having the extra weight and feeling sluggish all the time from overeating.  I lost 30 pounds over the next 4 weeks, but more than the weight, my heart was changing on a daily basis and life was no longer about me, it was about finding the Spirit of God in everything.”

Jason’s family joined Remnant Fellowship in April of 2002. They couldn’t get enough of this message.  Every aspect of their lives changed for the better – their marriage, their parenting, their relationships with their children, along with their own attitudes and hearts.

“For the first time in our lives, we saw clearly who God really is.  We were constantly in classes and reading any material we could get from Weigh Down and Remnant Fellowship.  Through obedience to what we were being taught, we were learning to work out our salvation with fear and trembling.”

“Just as I learned to battle through the initial difficult times of giving up my will, I have learned (through Weigh Down) that testing is from God. It gives me a chance to get closer to HIM each time I pass each test purposed by God.” 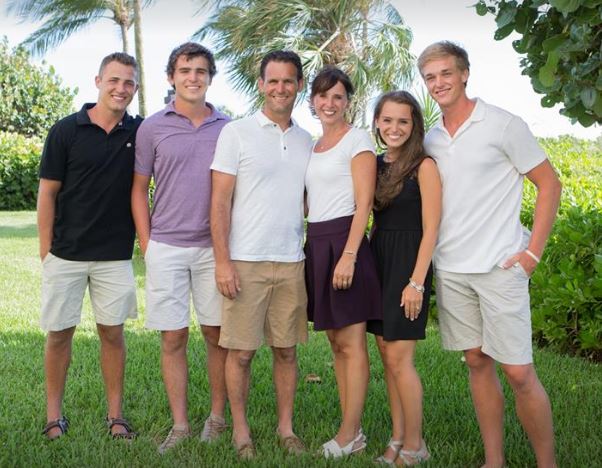 Leaving Ohio for a Legacy of Changed Lives

In July 2005, they sold everything and moved from Ohio to Brentwood, Tennessee. They wanted their three young children to grow up surrounded by people that love God more than anything on this earth who would point their family to Him in every situation.  It was by far one of the best decisions they’ve ever made.

“Our three children are now grown and have individually made the decision to love God with their whole hearts. From living out this teaching, my family has been tremendously blessed!  After being married for 24 years, my wife, Ashley and I are happier and more in love than ever.  Our three children Ellie (23), Gabe (22), and Luke (20) are all very close and grounded in this truth.  Ellie and her husband, Dylan are expecting their first child in a few months, and Gabe is engaged to be married in two months.” (Dylan & Ellie’s magnificent wedding pictured below).

One of their favorite Bible verses is 3 John 1:4, “I have no greater joy than to hear that my children are walking in the Truth.”

The Hamilton’s are blessed to have Ashley’s parents and four siblings and their families. They are all following this true message of obedience, living within a few miles of each other. You can read Ashley’s parents testimony – Larry & Karen Sims here. 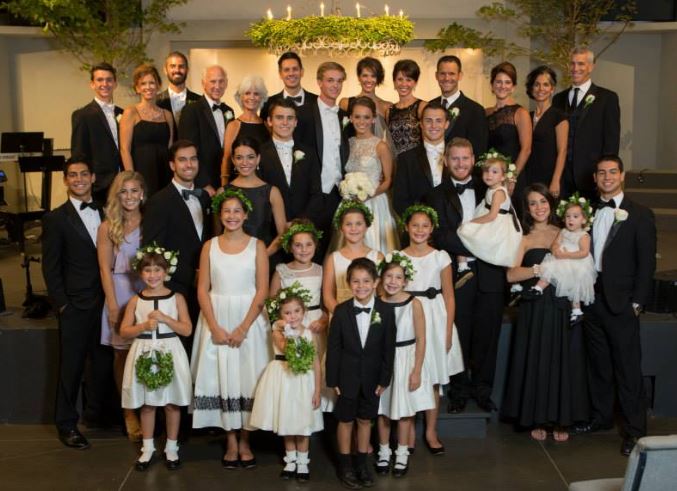 Along with losing the weight, Jason says he laid other strongholds of pride, lust, anger/control and being overly consumed with sports (sitting on the couch watching football for hours on end).  “Prior to Weigh Down, I had gotten to the point where I thought that ‘I am who I am, and there’s really no changing that.’  After seeing the power of God through Weigh Down, I realized that was a lie, and I had hope for the first time.

In those first few years, I did have some times where I got off track and my weight fluctuated, but God always provided resources. From new Weigh Down classes and All Access, to some of my favorites to get me back on track:  Weigh Down Advanced, The Last Exodus, The Change Series, Treasure Series. 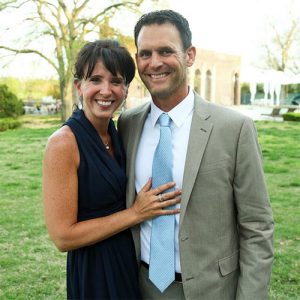 “The message and teachings that God has provided through Gwen has forever changed my families’ lives!  I was heading down a path (and leading my family down a path) of selfishness and a constant wanting for more.  I have now learned that “less is more” and that a Love for God is the only thing that will truly fill me up.

“We are more committed to our God than ever!  We know without a doubt that He has rescued us from the pit, and we will spend the rest of our lives “proving our repentance by our deeds”.  The anger, frustration, anti-authority, moodiness, selfishness and impatience that used to be our everyday life is permanently gone. It has been replaced with love, joy, peace, patience, kindness, goodness, gentleness and self-control – all day, every day – because we continually put into practice what we have learned and are learning on a daily basis at Remnant Fellowship Church. We are forever grateful! Our hearts and lives are filled with joy!

“I don’t know exactly where I would be today had I not found this, and honestly I’m a little scared to think about it.  I had a very selfish spirit in me that would have driven people away.  God has rescued me from my former life of sin and has given me a chance to follow in the footsteps of Jesus Christ!  I’m forever grateful to God for Gwen Shamblin and Weigh Down Ministries!”

Today Jason is an instrumental part of the work at Exodus Industries along with his son Luke. Ashley volunteers countless hours serving on the Food Committee (read her story). Together with their immediate family and large extended family including the Sims’, Leaman’s and Sabo’s, their entire family is such an encouragement to God’s Kingdom.